Insects have been been helping forensic scientists solve crimes for centuries.  In fact the first incident ever recorded described how the murderer of a farmer was found, by observing the activity of blow flies that were attracted to the murder weapon (in this case, a sickle), resulting in a confession.  The incident occurred in 13th-century China1.

Forensic science has continued to use the vital clues provided by the invertebrate world, and below you can read about which types of insects are used, and why.

Finally, we'll ask the question, 'Can bees also assist forensic entomologists, and if so, how?' 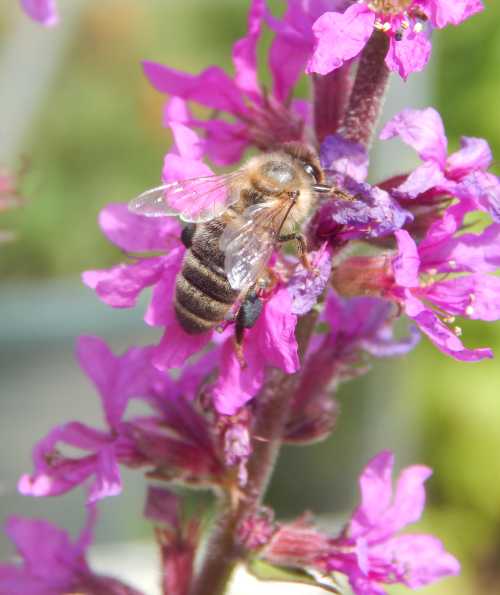 Which Insects Are Used In Forensic Entomology?

A range of insects are useful to forensic scientists in their detection work, but two groups, the flies (Diptera) and beetles (Coleoptera), are especially important in most circumstances2.

Flies produce larvae that can live in semi-liquid media, and consume organs and tissues of cadavers.  Once a corpse has largely dried out, beetles of various kinds also attend the scene, and continue the process.

Later still, other invertebrates colonize the area in, on and around the cadaver, including the soil.

The flies feature significantly in forensic work.   Diptera species known to be involved in forensic investigation include:

Calliphoridae (blow flies)
Blow flies are necrophagous (they feed on corpses or carrion) and may arrive anywhere between a few minutes or a few hours of death.  Species examples include (but are by no means limited to): Chrysomya megacephala, Chrysomya rufifacies, Gaiijbhoria vicrna, and Lucilia sericata.

Sacrophagidae (flesh flies)
Like the blow flies, these are necrophagous species, and may quickly "arrive at the scene of the crime".

Ant and wasp species as well as species like springtails may arrive later, and either feed or use a corpse or carrion as an extension of their environment3.

Acarology is the study of mites, ticks and their kin (spiders), and forensic acarology is the area of forensic science in which information provided by the acari is used in crime investigations, especially violent death4.

Many mites feed on microorganisms associated with decay and they, in turn, form the diet of predatory species5.

How do insects assist in forensic entomology investigations?

Primarily, insects present on the dead body can provide evidence for the estimation of PMI (Postmortem Interval), the period from death to discovery of corpse) for several weeks.

"By calculating the age of immature insect stages feeding on a corpse and analysing the necrophagous species present, postmortem intervals from the first day to several weeks can be estimated." - Amendt et al6

Insects and other invertebrates in or around a crime can also assist in tracking details (locations, climates), and additional information about the type of crime committed.

Scientists are investigating the possible ways in which honey bees might assist in forensic investigations, for example:

1. Honey bees may be able to assist in wildlife trafficking investigations7.

2. Research is exploring whether honey bees (via analysis of their honey) can help provide clues about missing persons8.

2. Forensic Entomology: The Use of Insects in the Investigation of Homicide and Untimely Death by Wayne D. Lord, Ph.D. and William C. Rodriguez, Ill, Ph.D, The Prosecutor, Winter 1989.

8. "Honey bees and their honey could be a big help in solving police cases", George Mason University, Jan 2022.