Cuckoo bumble bees belong to the sub-genus, Psithyrus. They are ‘social parasites’.  This species lays its eggs in the nests of true social Bombus species, to be reared and fed by the host.

The tendency of some species to become nest parasites of others is sometimes called ‘inquilinism’.

There are 10 species of cuckoo bumble bee in Europe – 6 species may be found in Britain.

According to The Bees in Your Backyard: A Guide to North America's Bees there are 29 species of Bombus (Psithyrus), 6 of which occur in the United States and Canada.

You can read about the status of cuckoo bumble bees found in North America (according to the IUCN) here.

How are cuckoos different from social bumble bees?

The cuckoo has evolved a number of characteristics, which mean it is totally reliant upon its host for its future survival.

Firstly, cuckoo species are unable to establish their own nests. They do not have the ability to excrete wax from their abdomens for making egg cells in which to lay their eggs, nor can they make honey pots from which newly emerged brood may feed, and from which they may feed themselves whilst they incubate the brood (see the bumble bee life cycle ). The cuckoo female must use the larval cells and cups made by the host queen.

The cuckoo female also cannot collect pollen for returning to her nest, since she has no pollen baskets (or corbicula) on the hind legs, although they do of course, eat pollen, just as social bumble bees do. Pollen is important as it helps the ovaries to mature in the fertilized females, and it is used for feeding the brood. 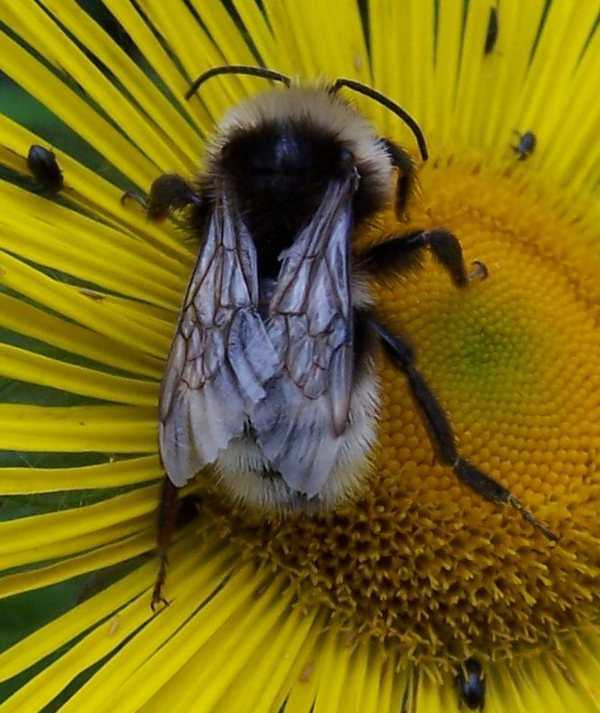 Also, cuckoos are unable to rear workers! The cuckoo merely lays females and males like herself, and these offspring are likewise limited, in that they cannot perform the tasks that worker bees of the social species can undertake, in order to sustain the colony (building wax cells and collecting pollen).

How do cuckoo bumble bees take over a host nest?

Cuckoo females typically emerge from hibernation a few (perhaps around 6) weeks after the target host species. Some cuckoos target only one specific species of bumble bee, whilst others may select from two or three target hosts.

It must firstly locate a ready prepared nest at an appropriate stage of development.

Of course, bumble bee workers are very important for increasing the size of a colony and rearing the brood. For this reason, the female cuckoo must choose her target host carefully. There must be a colony already established of at least a few workers to help the cuckoo rear her offspring. On the other hand, if there are too many workers in the nest, she may be attacked and easily defeated.

A nest with 2 broods already reared, may have enough workers to overpower the cuckoo, and prevent her establishing herself in the nest.

Once the cuckoo has found a suitable nest, she will typically lurk around it for some time, in order to ‘pick up the scent’ of the host.

This will help her to usurp the resident queen if necessary, and gain acceptance of the workers through physical attacks and the use of her pheromones.

Once the cuckoo enters the nest, there are a variety of scenarios that may occur, but a common one is that the original host queen is killed.

The cuckoo will then set about laying her own eggs in the nest for the workers of the original queen to tend to and feed.

As stated, however, timing is critical. If the cuckoo has entered a nest that is well developed, and there are many workers, they may attack the parasite, and kill her. On the other hand, if there are too few workers to support her, then she will not be able to rear many offspring.

Is the true queen always killed?

Very often, she will be.   Although cuckoos closely resemble social species, the female parasite is often a little larger than her host. She has a more powerful, longer sting, and a thicker, though less hairy coat. She can often overpower the founder queen unless there are sufficient workers to attack her.

However, there have been reports of both host and cuckoo cohabiting in a nest for quite some time, with the cuckoo even incubating the host queen eggs, and offspring from both the cuckoo and host queen emerging!

A study by Hoffer in 1889 observed that offspring were reared from both the cuckoo and the host queen, when the cuckoo Bombus campestris targeted Bombus pascuorum as its host; and when Bombu sylvestris, another cuckoo species, layed its eggs in the nest of Bombus pratorum.

Studies more recently, have also found that the outcome can vary significantly.

Küpper & Schwammberger in 1995, studied Bombus pratorum nests that were invaded by Bombus sylvestris. Again they found that both species reared offspring from the same nest!

Research has also shown that the cuckoo is not always successful at establishing herself in the host nest. She may be attacked and killed by the target host queen and workers.

In addition, it has been observed that some cuckoos may take temporary refuge in the nests of non-target host species, without attempting to usurp the queen. 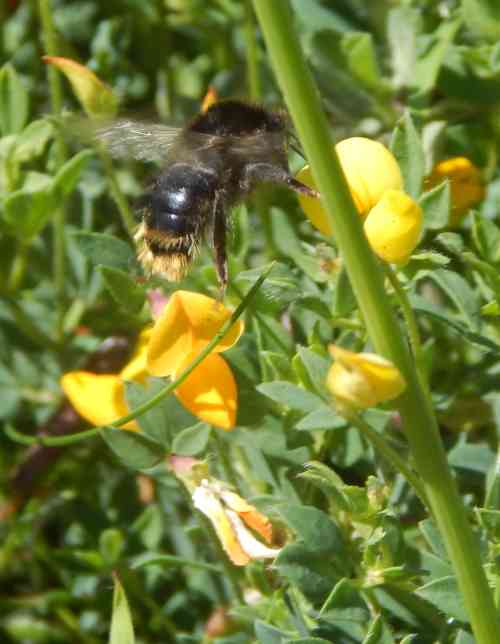 There are some that typically select just one species as its host, whilst others target more than one type of social bumblebee.

For example, of the UK species: 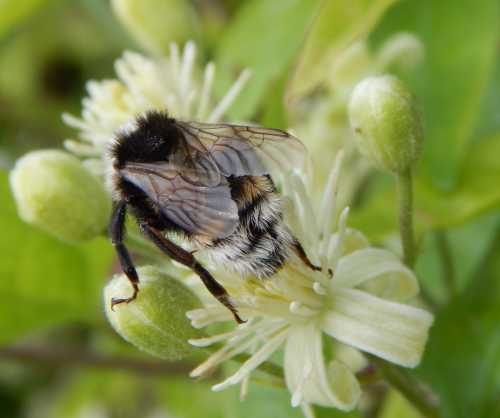 There are 6 Bombus pysithyrus in North America:

What Should We Do About Cuckoo Bumble Bees?

Take a look at this list of bee plants, as well as this advice about how to create a bee garden. You might also wish to look at my page which provides 10 simple ways to help save the bees.

Go back to Home page