About Hymenoptera
- Keeping it simple!

Hymenoptera: what do we want to talk about that topic for?  Well, here is an explanation of where bees fit into the grand scheme of things where insects are concerned, although this is just a simplified explanation.  So what am I talking about? Well, of course I’m talking about man’s obsession with trying to sort every living thing (tidily) into boxes – boxes with all kinds of labels (there aren't really any boxes, but if we imagine that there are, it might help us to make sense of it all).

We start off with gargantuan, huge boxes, labelled with things like ‘animals’, ‘plants’, ‘fish’ and so on. Everything in these boxes gets sorted into smaller boxes, with more labels, and then even smaller boxes with yet more labels on those and so on.

Eventually what you end up with are a number of large boxes containing lots of different types of wonderful, amazing creepy crawling things, with say, one box called ‘arthropods’, containing lots of smaller boxes with labels such as ‘arachnids’, ‘myriapods’ and ‘insects’ – among others.

Now we’re getting somewhere.  If you open up the box labelled ‘insects’, you get a further three boxes, one of which is a box specifically for winged insects which follow a very particular path of development as they grow from larvae to adult. 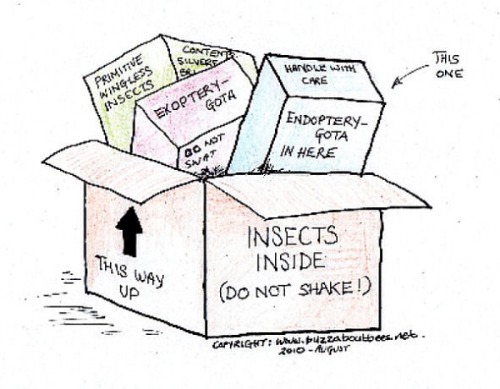 And when you open up this box, you come upon a whole jumble of things – you guessed it, there are more boxes - a further 29 (phew!!), and FINALLY………

……….one of those boxes contains the insect family called ‘HYMENOPTERA’.

The Hymenoptera box is shared between all the different species of  bees, ants, wasps and sawflies!

According to entomologist author, Steven Falk, around 150,000 hymenoptera species have been identified globally.  However, there are not doubt more to be discovered. 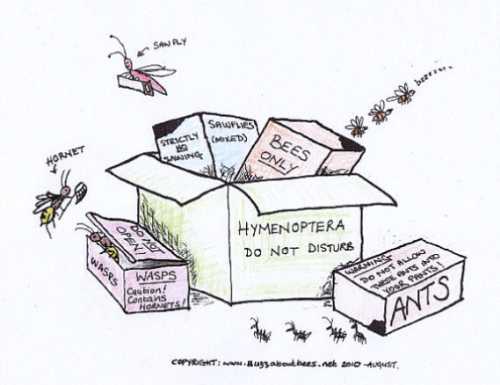 Oh, and by the way, along with the wasp, you’ll find the hornet!

Actually, the wasp box in itself is an interesting box, because although most people think of the wasp as being a black and yellow stinging insect, there are many types of wasp of varying colours, such as brown, brown and white, or reddish coloured etc.

Some wasp species do not even sting, and increasingly, certain species are used to control ‘pests’ on agricultural crops. Well I say, it's always better to work with nature rather than against it!

And just for a touch of added confusion to make things extra exciting, there are bees which look a bit like wasps, such as the nomad bee.

The Hymenoptera box also contains sawflies. The sawfly, not surprisingly, is so called because when viewed under a microscope, its ovipositor is saw-like in appearance. The sawfly uses their ‘saw-shaped’ ovipositor for cutting into plants, where they will then lay their eggs. Handy - but it doesn’t necessarily make sawflies very popular!

Though if you're a hungry insect-eating bird, I'm sure you'll always appreciate the sawfly, ovipositor or not!

I have read that there are about 12,000 species of ant! Personally, I like ants a lot! They are truly fascinating to watch. We have an ant nest near to our house, and I would never try to remove it. They’re great for the garden, as they eat some of the insects that like munching on my plants.

As I said before, not surprisingly, ants, like wasps, are starting to be used to control pests on crops. So gardeners – remember that!

Now the box called ‘bees' obviously contains all the different types of bees. However, there’s no point in me talking about bee species here in detail, when I’ve got pages about them!

Take a look at the navigation bar to learn more about bees or read further. 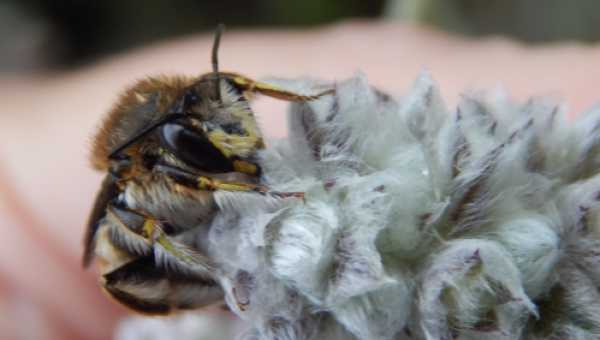 Quite simply, yes.  Invertebrates are animals which neither have nor develop a 'backbone' or 'spine' (vertebral column).

Yes, bees are also arthropods.  Arthropods are animals that have a hard outside covering called an 'exoskeleton'.

They also have segmented bodies and 'jointed appendages' (which means legs or limbs with joints - just like humans have elbow and knee joints).

For further information, see, What is a bee?

Field Guide to Bees Of Great Britain And Ireland by Steven Falk.