How Do Bees Communicate?

A colony of honey bees is a superorganism that communicates in various ways, via physical, chemical, and acoustic mechanisms.

Here, the known methods of communication in honey bees are broadly outlined, from the use of pheromones to dancing, piping and feeding. 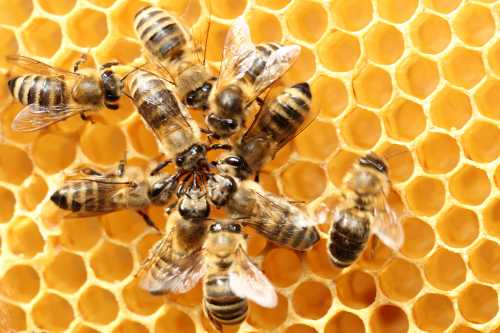 Honey bees use a number of chemical signals called ‘pheromones’ to communicate and initiate behaviours among colony members.

Not only have scientists found that all caste members within a colony (queen, workers, drones) use pheromones to communicate, the brood (eggs, larvae and pupae still in their cells) also emit pheromones that affect behaviour, particularly in the workers.

(You can read about pheromones in greater detail on my page How Bees Use Pheromones).

However, perhaps the most famous among the pheromones used by bees, are: 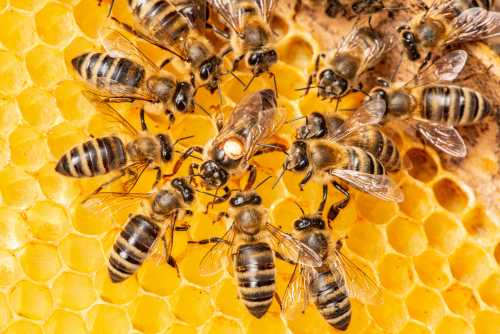 Here, a queen is surrounded by her worker 'retinue'. It is suggested that the queen's signal encourages such behaviour among her workers. The dominance of the queen is reinforced, and the workers will groom and feed her.

The drones and the queen consume food passed on to them by workers, but they do not donate it themselves. 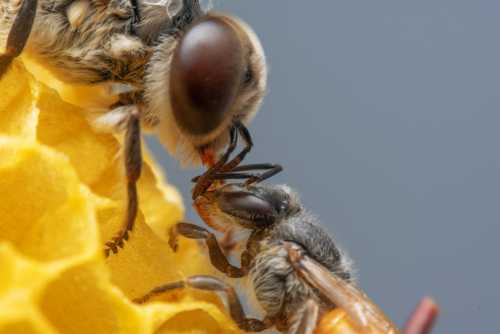 Workers are both recipients and donors, passing food between fellow workers, and also to the queen and drones2.

When honey bee workers engage in trophallaxix, they share the content of their crops and sometimes the products of their head glands2.

Scientists suggest that the transfer of food between bees provides information to colony members about the quality and quantity of food existing in the hive2, as well as communicating about pollen needs for the colony3. 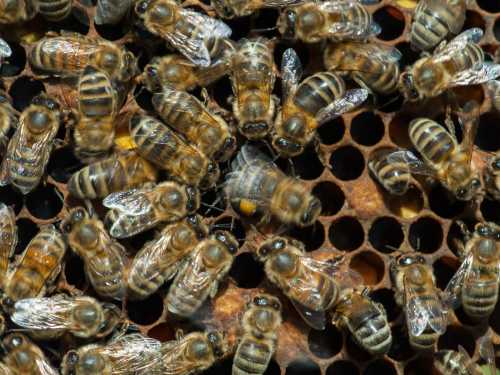 Honey bees are famous for their waggle dance.

Queens make a variety of sounds that serve to prevent conflict, and are predictive of swarming behaviour4.

In addition, tooting and quacking occurs between rival queens. (A new queens may ‘toot’ when she emerges from a cell, rival queens ‘quack’), and it is suggested that queens pipe loudly in the nest or hive to signal to their workers that they have a productive, healthy and active queen4.

Communication is a two-way process: giving out messages, and receiving them.

In bees, the antennae are of vital importance in detecting communication from other bees, since the antennae collect information via sensitivity to vibration from sound, as well as detecting chemical signals (pheromones), taste and scent.

How And Why Do Bees Buzz? 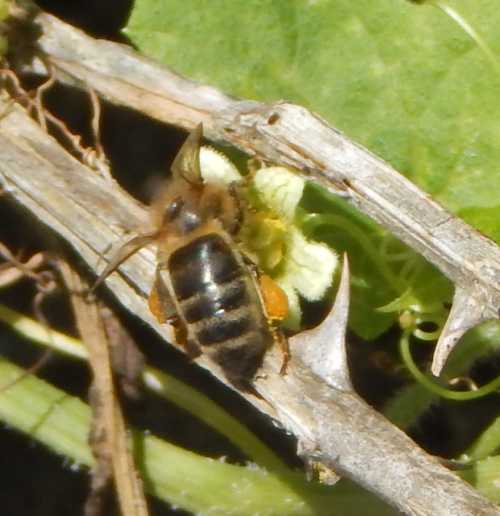