I've heard it said that drones don't do much because (say some):

Drones perform precisely the role that nature gave them, and as such, they are a vital part of the honey bee colony.

In addition, understanding of the broader role of the drone within the bee colony is increasing with further scientific research.

Below, you can read about the importance of honey bee drones. 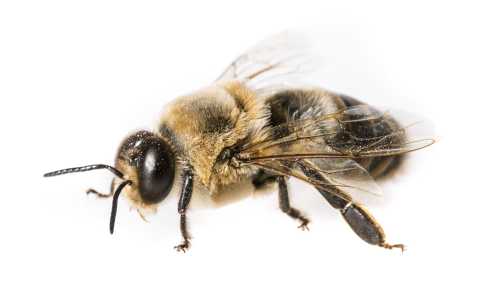 About The Drone Bee

How Large And Strong Are Drone Bees?

These are a not only the colony’s brawniest bees.  They have huge eyes in comparison with queen and worker honey bees, which assist drones in spying young queens out on nuptial fights.

Drones also have massive flight muscles for chasing after the queens at speeds up to 35 kilometers an hour (about 22 miles per hour).

Drones are 'haploid', having been reared from an unfertilized egg.  As a result, a drone has only half the chromosomes of a worker bee or queen bee  - the drone has 16 chromosomes, workers and queens have 32.

(That honey bee drones are haploid was first discovered in 1845 by a Polish apiarist, named Jan Dzierżon - often described as the  "father of modern apiculture" - see History Of Beekeeping).

Being haploid means that drones can have a grandfather and grandsons, but a drone cannot have sons!

Drones come from unfertilized eggs (they are 'haploid'), meaning that no male (drone) was needed in order for the queen to produce more males - in other words, they are formed without a male 'parent'.  (In fact, at various times, female worker bees can, and do also lay eggs that create drones, although this activity is usually suppressed by the queen or policed by other colony members, despite the fact that they do not mate with males - they are referred to as 'drone laying workers').

But what about the queen - the mother of all the drones?

Put yet another way and more succinctly:

This scenario, whereby offspring are reared from unfertilized eggs, is referred to by biologists as ‘parthenogenesis’.

Each honey bee colony is a superorganism that will produce several hundred drones (in contrast with the thousands of workers).

On warm and sunny afternoons during the mating season, sexually mature drones, fly out of the nest (or hive) and congregate with other drones high in the air, to form a cloud of bees. There may be as many as 11000 drones from up to 240 different colonies(5).

About one hour after the peak of drones’ departure from the hives, a virgin queen will also leave her hive for her nuptial flight, and join the drone congregation(7).

As soon as a virgin queen enters the congregation of drones, groups of drones are attracted to her, first by olfactory cues (pheromones), and at shorter range by visual cues. Drones follow the virgin queen in a comet-like swarm each competing to approach and mate with the queen (8).

Usually, a queen mates within 15–30 minutes, and with just 10–20 of the thousands of drones, and each drone that mates with the queen will die after mating (9).  This happens because the drone’s reproductive organs are torn away from its body, whilst the queen flies off, with the drones genitalia attached to her.

How Long Do Drone Bees Live?

Drones may live for just a few short weeks.  Drones that mate with a queen die after mating.  The average lifespan of drones is considered to be 30 days(10) although they may live for 55(11) days.

However, it is also possible they may live up to 90 days(3). 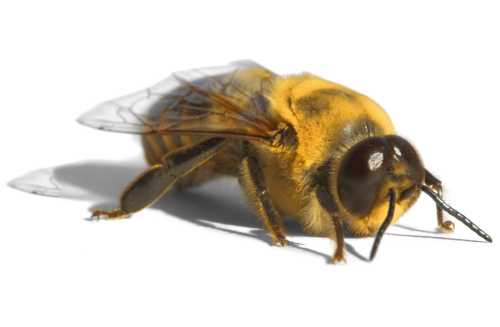 They are expelled from their colonies by the end of summer, but in any case, by the end of autumn, there will be few or no drone bees around.  Learn more about the honey bee life cycle.

Unlike workers, the drone cannot sting.

Did You Know?
Honey Bees Have Hairy Eyes! 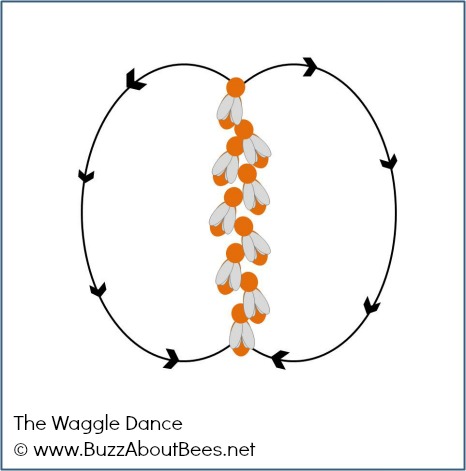