How Do Bees Get A New Queen In A Honey Bee Colony?

There are various events in the life cycle of a colony of honey bees that could result in a new queen being introduced to the colony.

Sometimes, getting a new queen is instigated by the honey bee colony itself.  On other occasions, a colony receives a new queen thanks to actions taken by beekeepers.

Here, we’ll look at the different scenarios that may bring about a new queen in a colony. 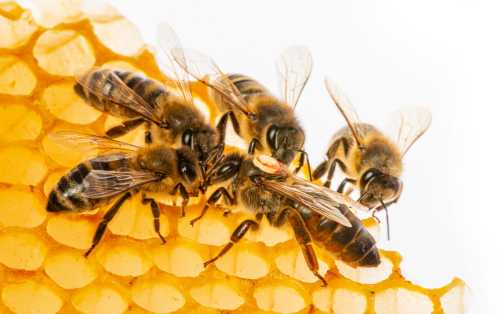 1.       Producing a new colony - i.e. swarming
Honey bees use swarming as a mechanism to establish a new colony.  This process essentially involves the division of an existing colony to create 2 separate colonies.

However, every colony requires a queen, and whereas only one queen was necessary in the single, established colony, it is obvious that 2 queens are now needed: one for each.

In such circumstances, a new queen is reared by honey bee workers from a queen cell (in fact, several queens may emerge, but only one will be successful in gaining her position).

There are now two queens, but it is the older queen who swarms with part of the colony to establish a new nest elsewhere, leaving behind the new queen and remaining colony members. 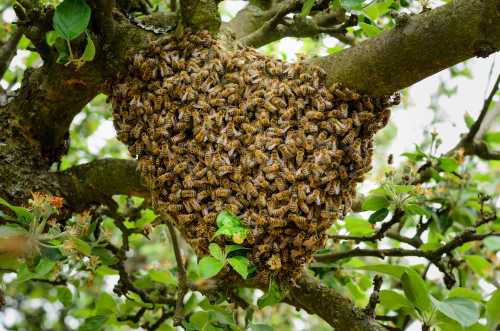 2.       Supersedure
Supersedure is the process whereby a honey bee colony replaces its queen without swarming.

A honey bee colony requires that its queen is productive, fit and healthy.  A healthy queen will be a good egg layer, enabling the expansion of the colony and creation of new ones via swarming.

She will also keep the colony running smoothly as an efficient superorganism, through the use of her queen signal (pheromones).

However, there may come a time when the queen is hampered by age, illness or even injury.  She may no longer be laying so many eggs, or communicating with workers via her pheromone, or be putting the colony at risk through disease or malperformance.

If this is the case, the workers themselves will decide to rear a new queen.

Once the new queen has emerged, the old queen will then be replaced, possibly killed, (although two queens may sometimes coexist in the colony temporarily).

3.       Requeening
In managed hives, beekeepers themselves sometimes engage in a process of ‘requeening’.  This involves the rearing or purchase of a new queen, and the intended process of replacing the old queen with the new.

In such circumstances then, the beekeeper will remove the existing queen, and introduce a new one to the colony.

This procedure is undertaken in order to maintain the health, productivity or positive temperament of a colony.

For example, a beekeeper may lose an old queen with a calm temperament through swarming, but may now have an aggressive colony under the new queen.  Requeening can resolve such issues.

Requeening may also happen if a queen is lost. For instance, a virgin queen may not return from her mating flight, perhaps having been killed by a predator.

Beekeepers themselves vary in their views and methods with regard to requeening.

Some beekeepers will requeen every two years.  Other beekeepers avoid it completely, preferring to find other means to improve colony health, and relying on queens reared naturally by the colony.