Mead is an ancient drink – an alcoholic beverage made by fermenting honey.

How long have humans been making and drinking mead?

It is likely that humans have made mead from the start of mankind’s association with bees – that is to say, for as long as mankind has kept bees, or at least has been snaffling their honey.

Pottery vessels have been found in China with chemical traces that strongly suggest fermentation of honey, with these vessels dated to about 7,000 years ago.

Similar vessels have been found in Europe dating from about 2,000 years ago. Of course, it is possible that the manufacture of mead started earlier than that.

Mead is an alcoholic drink made from fermenting honey with water. This differs from ‘honey wine’, which is wine sweetened with honey, rather than a drink made specifically from honey. You can read more on my page What Is Mead?

Inevitably, considering the long history of mead making, there are many stories and legends mentioning the drink.

Mead appears in poetry such as the Old English epic Beowulf, believed to date back to between 975 and 1025. 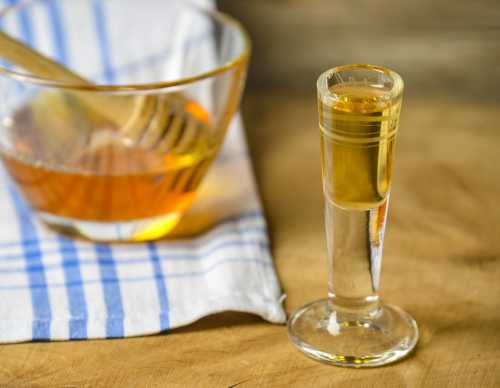 Mead plays a role in the medieval poem ‘Y Gododdin’. The title (‘Y Gododdin’) refers to an ancient Celtic (Brythonic) kingdom that existed at the time of the departure of the Romans from Britain (410 AD), and which covered an area of North East Britain stretching as far north as Stirling and included the areas now known as Lothian and Borders, and stretching south into what is now called Northumberland.

The Brythonic people who populated the area (and who were also called The Gododdin) had strongholds at Din Eidyn (now called Edinburgh) and Manaw Gododdin (near Stirling).

Written in Old Welsh (Brythonic), the date and authorship of the poem are still the subject of some dispute, but it is traditionally ascribed to the poet Aneurin and is said to have been written in the 7th century AD.

At that time, there was no strong tradition of writing things down amongst the Brythonic people (poems and stories where usually handed down orally), so, although the poem is thought to have been written in the 7th century, the only surviving written version (The Book of Aneurin) was written in the 13th century.

The only manuscript in existence is held at the National Library of Wales in Aberystwyth.

It is a poem that charts the heroic deeds of a small army of British Celts in a battle against the Angles at a place called Catraeth – usually identified now as Catterick in North Yorkshire. It turned out badly for the Britons, who were almost all killed.

But what has this got to do with mead?
Mead plays an important role in the lead up to the battle in two ways.

Firstly, according to the poem, the Britons’ army (about 300 warriors) was gathered together from several parts of Britain by a ruler of Gododdin, Mynyddog Mwynfawr, who then ‘feasted’ them at his stronghold at Din Eidyn (modern day Edinburgh) for a year.

According to the poem, mead was consumed liberally at the feast.

The mead hall was a common structure amongst the people of the time.

A mead hall was a place (often simply a one room hall) in which the tribe chief or warlord could hold feasts and ensure the unswerving loyalty of his men, even unto death if necessary.

It is also thought that the word ‘mead’ could refer to anything given to the warriors by their master, for which they would be expected to be loyal to their lord even to their death if necessary – a concept found in other poems too.

However, coming to the second point, mead is mentioned often in Y Gododdin, including in ways that suggest that the warriors may have consumed mead before going into battle, and therefore they might have entered battle in a drunken state.

Men went to Catraeth at dawn;
Their high spirits lessened their life-span;
They drank mead, gold and sweet, ensnaring.

The men who fought, they leapt forward together;
short-lived, drunk over their strained mead –
the retinue of Mynyddawg, famed in battle.
They paid for their feast of mead with their lives.

Mead in other ancient poetry

Mead appears in other poetry of the time. For example, the Welsh bard (poet) Taliesin, who lived around 550 AD, wrote a song called: Cân y Medd (Song of the Mead).

Mead Halls In History from

Beowulf To Lord Of The Rings