How Did Bees Get Their Names?

If you have ever picked up a field guide about bees, you may wonder: how did bees get their names?

On the one hand, the scientific name might seem to make little sense, or be difficult to pronounce or remember.  On the other hand, the common name may or may not be related to it.

Then again, who is responsible for naming bees?

The truth is, it's not straightforward, and here, you'll read why.

How Did Bees Get Their Names?

In answering the question about how bees get their names, we’ll look at this topic in two parts.

Firstly, the scientific names to bees, and secondly, the common names given to bees. 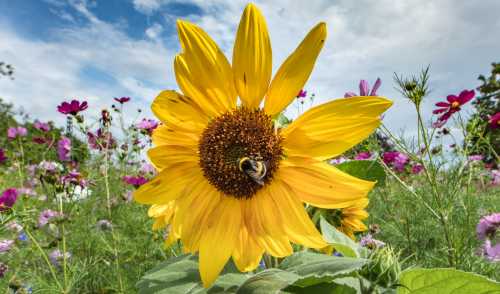 The Scientific Names Given To Bees

Perhaps the simplest way to explain this, is by describing how a newly discovered species would be named by the scientific world.

So, let’s take a hypothetical scenario in which a scientist discovers a new bee species in South America.

Firstly, the scientist would examine the bee under a microscope in order to be able to describe each of its physical characteristics. This would enable the scientist to understand where the bee fits within the taxonomic system describing bees (Apoida).

What this will mean is that the bee will be categorized as belonging to one of the 9 bee families (either the Apidae, Andrenidae, Megachillidae, Melittidae, Halictidae, Colletidae, Meganomiidae, Dasypodaidae or Stenotritidae).

Once allocated to a particular bee family, it would then be grouped into a subfamily, tribe and ultimately a particular genus (or type).

For example, a bee that belonged in the Megachillidae bee family would then be put into a particular genus within that family, such as Anthidium (wool carders), Megachile (leafcutters), Stelis (dark bees), Chelostoma (scissor bees), Osmia (mason bees), Hoplitis (lesser masons), Heriades (resin bees) or Coelioxys (sharp-tail bees).

After that, the scientist can then assign a name of their own choice to the particular species, and the name given will be applied after the genus it belongs to.

They might, for example, name the species after themselves or a person they admire, or provide a descriptive name related to observed behaviour or one that associates the species with its habitat or a region.

Nomada panzeri
Amédée Louis Michel Lepeletier de Saint-Fargeau (known as ‘Lepeletier’ was a French entomologist who, in 1941 discovered a particular species of bee that belonged to the Nomada genus (nomad bees).

The word ‘panzeri’ comes from the surname ‘Panzer’. The species was probably named in honour of a notable German entomologist who had died in 1829, and his name was Georg Wolfgang Franz Panzer.

The word Bombus tells us that the species belongs in the ‘Bombus’ genus (bumble bees).

It appears he named the species in honour of an English entomologist, George Robert Crotch.

The word ‘maritima’ is Latin. English words for 'maritima' include 'seacoast' and 'seashore'.

The species was first described by English entomologist, William Kirby in 1802, and provides a clue as to the natural habitat of this species – in this case, coastal areas. 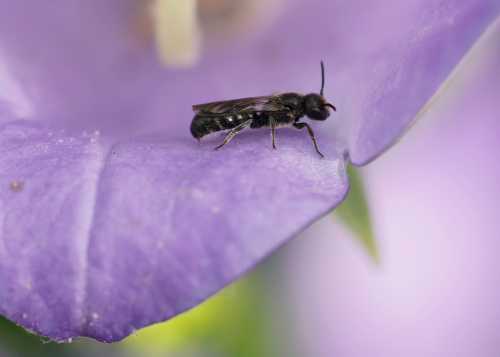 Who devised the names of each genus, tribe and family?

Of course, scientists also devised the family, tribe and genus names and may continue to do so.

Apis genus
Carl Linnaeus, the Swedish zoologist, was the originator of the name for the genus Apis in 1758.

Caupolicana genus
A rare genus of bees called Caupolicana was named by an Italian entomologist, Maximillian Spinola (Massimiliano Spinola) who lived in the 1800s.

The first specimens of Caupolicana were collected in Chile, and Spinola named this genus after a fierce warrior of the Mapuche people of Chile1.

Where Do The Common Names For Bees Come From?

Some of the common names for bees are directly related to the scientific name.

The English word ‘Nomad’ refers to a ‘nomad’ or ‘roamer’. It is a direct and simple translation of the word Nomada which is derived from the Greek word nomas ( νομάς ), meaning "roaming" or "wandering”. 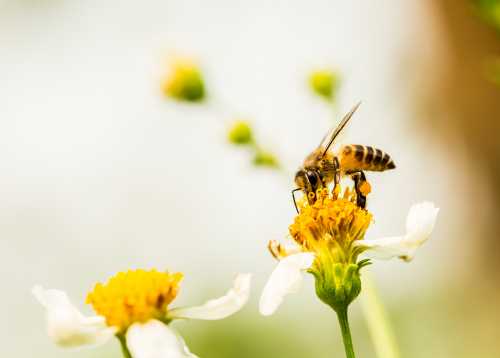 Honey Bee
The name ‘honey bee’ refers to bees of the genus, Apis.

As mentioned above, Carl Linnaeus, the Swedish zoologist, was the originator of the name for the genus Apis in 1758

The term ‘Apis’ is related to a Greek word for ‘swarm’, though Wilson & Messinger-Carril also note that its original roots may be Egyptian. The word mellifera is Latin and translates as ‘honey bearing’1.

'Sweat Bees'
Names can arise through other associations.

For example, the term ‘sweat bees’ applies to particular bee species within the Lasioglossum genus that are known to collect human sweat.

The names of bees can also be misleading.  For example:

Melecta
The word used for the genus ‘Melecta’ comes from Greek, and means ‘honey collector’. However, none of the species within this genus gather and store nectar with which to make honey as they are cleptoparasites (cuckoos).

Andrena astragali
It might be thought that a bee named Andrena astragali would be a mining species (Andrena) which forages exclusively on plants of the Astragalus genus (milkvetches).

However, the name is misleading, because this bee species does not forage on milkvetches. Andrena astragali actually forages exclusively on death camas (Toxicoscordion), a plant that is toxic to humans and many other animals – and most bees!

In fact, Andrena astragali may be the only bee immune to the toxins in the nectar of this plant1.

It should be noted that in any event, the naming of bees is not that simple, and names can be changed!

Entomologist, Steven Falk notes that "the classification of bees is not particularly stable"2.

Likewise, Wilson & Messinger-Carril note that “..scientists have classified and reclassified bees and their relatives many times over the last 300 years.”1

This means for example, that a bee once classified as belonging to one genus, might be reclassified into a different one some years later, with the obvious effect that the name of the species would change!

Interesting Names From The Insect World!

Beyonce horse fly
The Scaptia beyonceae found in Australia, was so named by scientist, Bryan Lessard because of the dense golden hairs on the fly's abdomen that reminded the scientist of the golden hair of the performer3.

Adolf Hitler beetle
Anophthalmus hitleri, a cave beetle was named in 1933 by a German admirer of the chancellor3.

George Bush beetle
Former US president George Bush, vice-president Dick Cheney and defence secretary Donald Rumsfeld all had beetles named after them in 2005. Mr Bush called scientist Quentin Wheeler, to thank him for the gesture3.


Bees And Honey - Quotes And Proverbs

2. Field Guide to Bees Of Great Britain And Ireland by Steven Falk, Bloomsbury 2015.