Is It Bumble Bee or Bumblebee?

Should It Be Written As One Word Or Two?

Question:
Is it bumble bee or bumblebee?  Should I write it as one word or two?

The short answer is:
Technically, it should be written as two words - this is spelling sanctioned by entomologists, however, both versions are commonly used.  Below you will find an explanation as to why it is more correct to write it as two words.

Should we write 'bumble bee' or 'bumblebee'?

According to the Entomological Society of America Common Names of Insects Database, it should be written as two words.

The rationale for this was explained very well in Anatomy of the Honey Bee from 1956, by Robert E. Snodgrass:

"Regardless of dictionaries, we have in entomology a rule for insect common names that can be followed. It says:

If the insect is what the name implies, write the two words separately; otherwise run them together.

Thus we have such names as house fly, blow fly, and robber fly contrasted with dragonfly, caddicefly, and butterfly, because the latter are not flies, just as an aphislion is not a lion and a silverfish is not a fish. The honey bee is an insect and is preeminently a bee; “honeybee” is equivalent to “Johnsmith.”

Authors of The Bees In Your Backyard, Wilson and Messenger Carril, also tackle the question directly.

“The term bumble bee is just as often written bumblebee in the United States and Canada, and knowing which style is correct can be tricky.

Most dictionaries stick with the concatenated version (honeybee), but most scientists separate the two.  Their logic is that the “bee” part of the word is an accurate reflection of the insect’s identity, and so it can stand on its own.

There are many kinds of bees, they argue: sweat bees, carpenter bees, honey bees, and bumble bees among them.

In cases where the second part of the word does not accurately reflect the kind of insect, it should be concatenated.  So while house fly is correct (because houseflies are indeed flies), butter fly is not (because butterflies are not flies).”

The authors go on to separate the two words (i.e. bumble bee) within the Bombus section of their book. 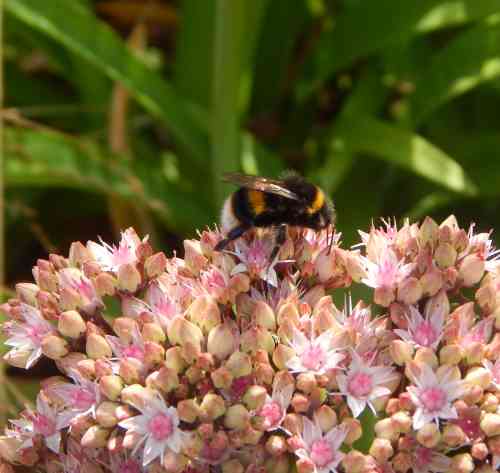 Use of both versions in text and guide books

Other authors also write it as two words, take for example:  Bumble Bees Of North America – this was written by:

Quite a lot of text books and natural history books written by experts, have concatenated the two words (i.e. joined  ‘bumble’ and ‘bee’ together) – such as Professor Dave Goulson’s book – Bumblebee Behaviour And Ecology, and Bernd Heinrich’s Bumblebee Economics.

There is also one of my old favourites by Ted Benton – a weighty hardback: Bumblebees (Collins New Naturalist)

Based on these books, at the time I proceeded to write the whole of my website, joining the two words together to form one word – bumblebee.

Nevertheless, it seemed odd to me that we have ‘mason bees’, and ‘leafcutter bees’ (two words).  I felt it appeared to suggest that the first word merely described the type of bee, and in that sense, I wondered whether we should really be writing ‘bumble bee’.

However, from now on I will probably split the words for new pages, but regarding the pages I have already written, I will edit them gradually.

What About 'Humble Bee'?

I was aware that Charles Darwin used the term 'humble-bee'.  For example, in his writings "On the routes of the males of Bombus" (from "The Correspondence of Charles Darwin") he says:

"On 8 September 1854 one of my sons saw a few humble-bees going into a hollow at the foot of a tall ash tree......Hoping to find a humble-bee nest inside, I looked in, but could not see any chamber."

Later, a book written in 1912, by F. W. L. Sladen The Humble Bee also uses the term ‘humble’.  He also hyphenates honey bee as  honey-bee.  Within the book, he starts the introduction writing ‘bumble-bee’, but then appears to use both ‘humble’ immediately after:

"Everybody knows the burly, good-natured bumble-bee. Clothed in her lovely coat of fur, she is the life of the gay garden as well as of the modestly blooming wayside as she eagerly hums from flower to flower, diligently collecting nectar and pollen from the break to the close of day.

Her methodical movements indicate the busy life she leads - a life as wonderful and interesting in many of its details as that of the honey-bee, about which so much has been written.

Her load completed, she speeds away to her home.  Here, in midsummer, dwells a populous and thriving colony of humble-bees.” 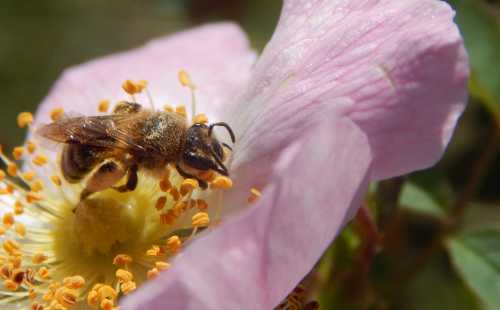