Question:
Do bees have toes?

The short answer is:
Bees do not have toes, but they do have a tarsal claw that helps the bee grip surfaces, taste and communicate.

Read on for further information!

Elsewhere on this website, I address the question ‘do bees have knees?’, and the answer to this question is ‘yes’, so the question about whether bees have toes is a perfectly valid and logical one.

There are in fact a number of other parts of the leg that bees have in common with humans, including:

Tibia
A tibia, which in bees performs the same sort of function as a human shin or upper arm.  In humans the lower leg bone is called a tibia.

Tarsus
There are also tarsus.  In bees these represent the functional equivalent of hands and feet in humans. 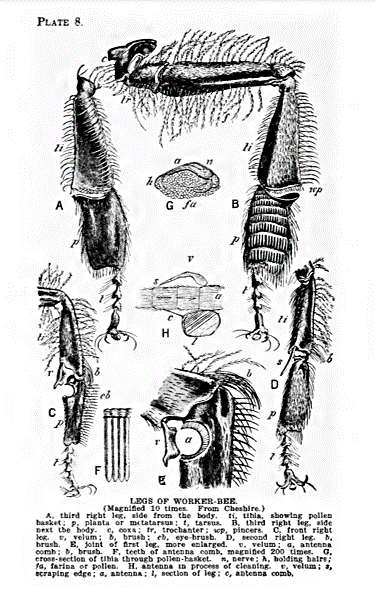 The leg of the worker honey bee

These parts of the bee leg are shown labelled below, along with the knee.

Although not labelled, you can see small claws at the very end of the leg - the tarsal claws. 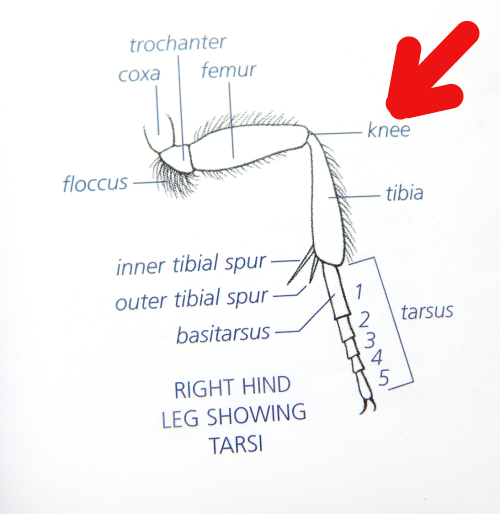 However, the human toe bones are called  ‘phalanges’.

Take a look at the diagram below.  In humans, each individual toe comprises 3 phalanges (toe bones).

Toes help the foot and body to distribute weight and maintain balance and posture when standing, walking and running. 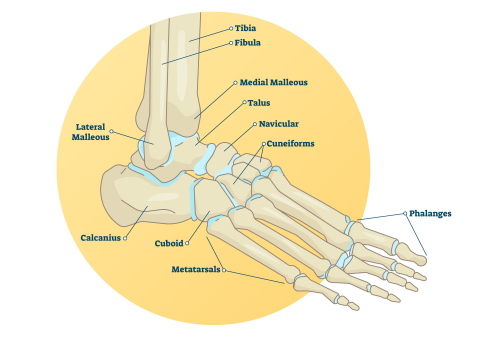 Phalanges are absent from any description of the anatomy of the bee leg.

We can therefore conclude that bees do not have toes

Whilst bees do not have toes (there is no mention of the term phalanges to describe the ‘toe’ in the diagram of the leg of a bee), the bee does have a ‘tarsal claw’ at the end of the foot.  These tarsal claws perform a variety of functions.

The functions of the tarsal claws of bees

1. Gripping surfaces
Firstly, the fine hooks at the ends of a bee leg help the insect to grip surfaces, whether vertically or hanging upside down on the petal of a flower.

2. Taste
However, surface grip is not the only function of the tarsal claws.  The tarsal claws on the front legs feature sensory hairs that enable a bee to detect sugary and salty tastes.  You can read more about this subject on my page how do bees taste?

3. Communication via pheromones
Tarsal claws also help to distribute a chemical, actually a type of communication pheromone, which it is believed, is released by the tarsal glands a little further up the leg, although other scientists believe it is released from a tendon gland.

Nevertheless, this pheromone which is sometimes called the  “footprint pheromone’ or “trail pheromone”,  is deposited on surfaces from a pad-like projection between the tarsal claws called an arolium.

In honey bees, these pheromones are believed to be important for communicating in various scenarios, by queens, drones and workers.

For example, worker honey bees use it to mark the entrance of a bee hive or nest, almost like an ‘enter here’ sign.  These pheromones may also be used to mark the location of a forage site. 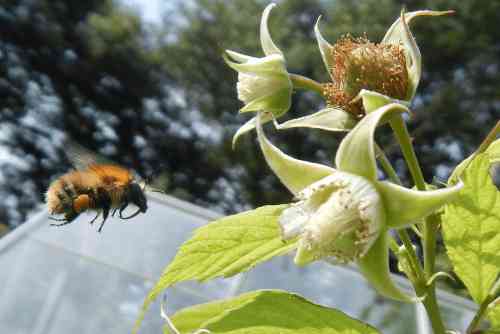