Why Do Honey Bees Make  Hexagons When Building Their Honeycombs?

It’s well known that Apis mellifera – i.e. honey bees, build wax combs which are used for storing honey and rearing larvae.  But why do honey bees use hexagons?

The short answer is:
Using hexagons enables bees to make very efficient use of space whilst using as little wax as possible.  They hold the maximum amount of honey, whilst ensuring no space is wasted, because the hexagons fit tight, and side by side together, in a compact fashion.

"[The honeycomb is] absolutely perfect in economizing labor and wax." - Charles Darwin

How bees make honeycomb, and the use of hexagons

Firstly, it should be said that much effort is required for bees to make honeycombs.  Wax is first secreted by young bees, and carefully constructed into perfectly uniform hexagonal-shaped wax cells by many worker bees.  Many individual cells must be made in order to have sufficient comb for storing honey.

Honey is the bees’ natural food source, eaten by colonies during the winter months when there are insufficient flowers from which to feed. 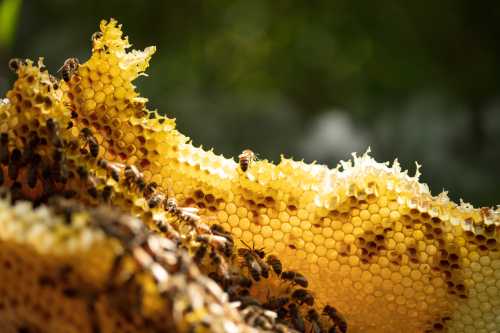 It is also worth mentioning that some of the hexagonal beeswax cells will actually be used for rearing their young (and these are called brood cells).

Why are the cells hexagon shaped, rather than say, round, triangular, or even square?  In fact, each cell is the shape of a hexagonal prism.

By ensuring that all cells are identical and with uniform, straight edges, then the cells fit perfectly, neatly and tight together.  Gaps are minimized, meaning that no vital space is wasted, and (with the exception of outer cells) each individual cell shares its walls with its neighbour.   All this means that bees are able to produce the maximum number of cells with the amount of wax used.

Here is a short video talking about the hexagon shaped structure of honeycomb cells: 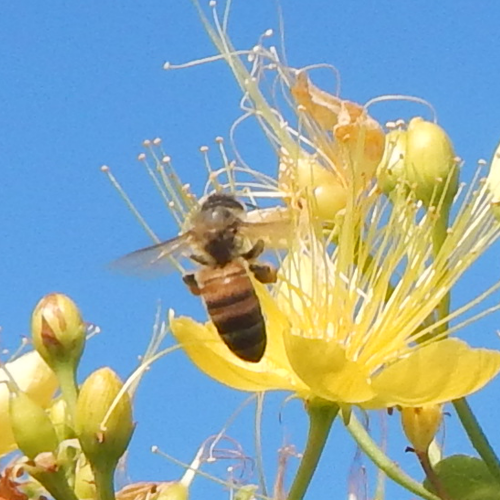 Why hexagons, rather than squares or even triangles?

This question of why bees use hexagons instead of other shapes, caught the attention of a Roman scholar over 2000 years ago, in 36BC.  The scholar, whose name was Marcus Terentius Varro, proposed that hexagons hold more honey than other shapes because they break up flat space into little units more economically, using less wax whilst doing so.  In other words, hexagon honeycombs hold the most amount of honey while using the least amount of wax.


“The honeycomb conjecture states that a regular hexagonal grid or honeycomb is the best way to divide a surface into regions of equal area with the least total perimeter.”

However, Varro did not set about actually proving his theory, and so it became known as “The Honeybee Conjecture”.

Then, in 1999, an American Scientist at the University of Michigan called Thomas Hales, investigated, and produced mathematical proof that Varro was right.

If you are scientifically and mathematically minded, you can take a look at the scientific paper. 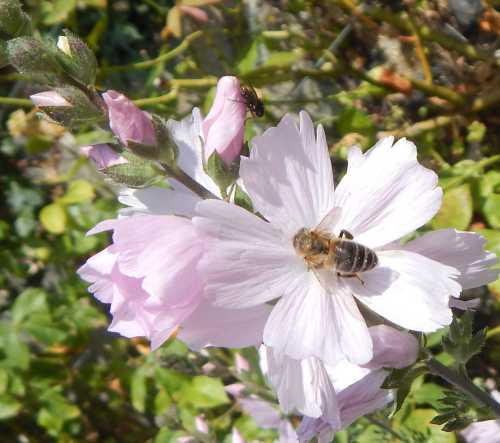 It's no secret that the efficiency of the hexagon shaped honeycomb created by the humble but amazing honey bee has inspired humans in the creation of buildings, transportation and storage.  However, the hexagon structure of the honeycomb is also used in mechanical and chemical engineering, biomedicine and nanofabrication (which is used in computing, medical and aerospace industries).  Honeycomb structure has even been designed into snowboards!

Male honey bees (drones)
have no father, but they do have a grandfather!

Does that sound impossible? Read: