Most people have heard of Charles Darwin and Karl von Frisch, but in the world of entomology and related subjects, there are many names barely heard of, despite their pioneering contributions to our understanding of invertebrates, including bees.

It seems, not everyone gets the acknowledgment they deserve whilst alive, and many don't even get it when they die!

And so, I have decided to begin sharing the contributions of those people - a kind of posthumous tribute to the scarcely remembered heroes and heroines of the 'bee and entomology' world

But who should I start with in this new 'Profiles' section of my site?

Well, as I write, it will soon be 'Black History Month'*, and so I thought it would be fitting to start with the very significant contribution of an African-American scientist and zoologist, and to outline his work in entomology and animal behaviour.  His name:  Dr Charles Henry Turner. 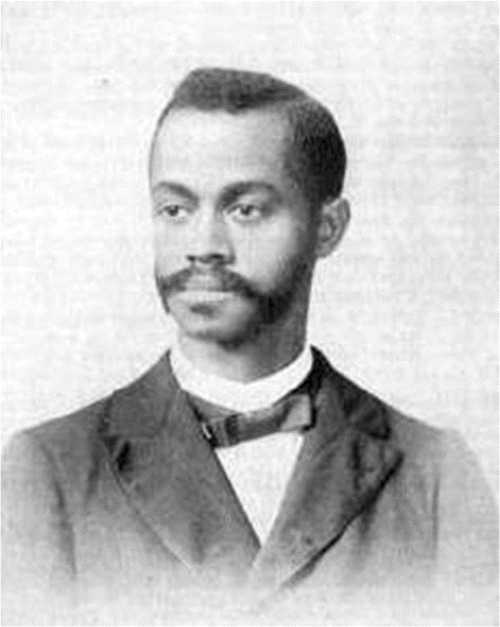 Galpayage & Chittka (2020)2 note that Charles Darwin (1809–1882) and George Romanes (1848–1894) were "famously generous in attributing intelligent behavior and mental abilities to animals, but their musings were largely based on observation and inference".

However, Turner took the concepts seriously, and set out to prove his ideas via his own experiments.

"Enter Charles H. Turner, who took seriously Darwin’s assertion of the importance of individual variation as well as the idea that humans were not the only intelligent animal species. But Turner backed up this possibility with a rigorous experimental approach."

Sadly, his work remained off the radar, even when later scientists have explored the same concepts, in effect, "reinventing the wheels", years later1.

Of course, Turner studied other insects too as well as many animals and birds, all of which are beyond the scope of this article, but here is an outline of some of his work on bees.

Turner observed that males chased females in complex mating flight manoeuvres.  The males either grasped the females in flight or at the ground level, and rolled with them repeated times. He described this behaviour as a “nuptial ambuscade since it is a device, which promotes sexual union.”

With this experiment, Turner showed that bees learned the location of their nest entrances relative to surrounding landmarks that, when displaced, caused the bees to search in the wrong location.

Turner’s results thus demonstrated that bees learn to associate the nest with specific visual cues in the environment, which is then memorized so that they might draw on this information when returning to the nest location.

Turner concluded that, “By a process of elimination, the most consistent explanation of the above behavior is the assumption that burrowing bees utilize memory in finding the way home, and that they examine carefully the neighborhood of the nest for the purpose of forming pictures of the topographical environment of the burrow.”

Studies of stelid bees
Turner showed that these parasitic bees use multiple strategies, such as landmarks in addition to sunlight orientation.

Unfortunately, Turner's experiments had some flaws (for example, no control group, and use of red cones to simulate flowers - whereas it was later shown that bees cannot see red).

However, Turner's experiments did at least show that bees were attracted initially to visual cues presented by flowers, but then rejected the flowers in the absence of honey reward, thus suggesting bees use both visual and olfactory cues in their approach to flowers.

Turner's work was therefore different from the work of von Frisch, which demonstrated that bees learned to associate different color cardboards with the presence or lack of a reward of sucrose solution, thereby illustrating that bees could see the cardboards as colored surfaces, with the exception of red, which bees tended to confuse with black.

In Tribute To Charles Henry Turner

In recent years, efforts have been made to raise the profile of Turner, such that Chittka refers to the work of Turner in his book, The Mind Of A Bee.

It is a sobering thought to consider that had Turner's work received the recognition it deserved, our understanding of the  inner lives of bees and other animals, would have advanced sooner.