Question:
Do bees fight each other, and if so, why do they fight?

The idea of bees fighting each other may seem strange, but bees may engage in activity that can be described as 'fighting'.

Fighting can occur due to competition within a colony, or between competing colonies that fight over resources 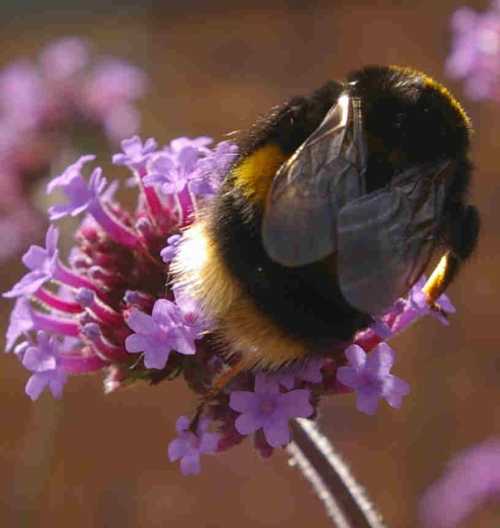 Conflict over a nest site
Finding a suitable nest site is of particular concern for newly emerged bumble bee queens.

In fact, competition for limited sites results in conflict between queens, which will usually entail a fight to the death.

"Bombus queens just initiating their colonies probably have no greater enemies than other Bombus queens, possibly because of competition for nest sites.

It often happens that one queen will find a desirable nest site already occupied by another queen.

A fight usually ensues.  Up to eight dead queens have been found at a single nest entrance.

The original resident queen is sometimes killed, particularly if the first brood of workers has not yet emerged to aid in the nest defense.

An invading queen, if successful in killing the nest owner, immediately accepts the brood of the displaced queen if she is of the same species, and sometimes even if she is of another species.

As a result of this social parasitism, one sometimes observes colonies containing workers of two species."

Cuckoos and nest conflict
A nesting queen is also at risk of conflict with an invading female cuckoo species.  Again, in the event of conflict, either the queen or cuckoo may be killed.

Conflict and egg-laying workers
Conflict within some bumble bee colonies is initially inhibited by queen or brood pheromones which prevent workers laying eggs and rearing males.

However, toward the end of the colony cycle when worker production is no longer inhibited by pheromones, workers aggressively compete over male production, sometimes even killing the mother queen ('worker matricide') in order to produce without interference.

Aggression is particularly observed among bumble bee workers with activated ovaries.  In studies, larger workers have been observed to be more aggressive than smaller nest mates, but they also endured more attacks2.

The fighting swarms of the Australian stingless bee - Trigona carbonaria

In 2008, Gloag et al3 published a paper describing 'fighting swarms' - swarms from different colonies of Trigona carbonaria took to the air in a fight to the death.

In such conflicts, thousands of workers pair off with an opponent, fight and die.  These conflicts were observed to last days or weeks, ceasing each day at dusk, and resuming again the following day.

The causes: nest usurption and robbing of food stores.  Gloag et al report that fighting swarms tended to occur between two competing colonies but can occur between multiple colonies, indeed, workers from as many as 7 colonies were observed within a single fighting swarm.

During the fighting, pairs of bees were locked together, and would drop from the swarm, and wrestle on the ground. Wrestling bees were also dragged and ejected from nests by occupant workers.

Hundreds or thousands of dead bees were observed on the ground following conflict, at great cost to the fighting colonies.

Honey bees will sometimes rob (or attempt to rob) the hives or nests of other honey bee colonies.

When this happens, as with the scenario with stingless bees described above, bees will fight each other to the death to protect their food stores.  (Read about robber bees).

As with bumble bees, some honey bee workers may also lay eggs, but generally, peace within the honey bee colony is ensured by a strong queen, who will maintain order among the workers by the use of pheromones.

Egg laying in workers may also be policed by other workers. 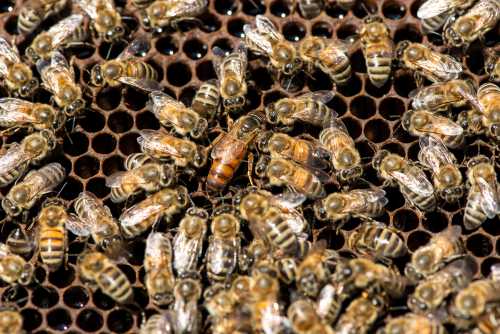 Who will be the next queen?  A fight to the death
There will come a time when a queen honey bee in a colony will be replaced by a new queen, perhaps because she has ceased to be as productive in her key task of egg-laying.

Replacement of a honey bee queen involves the rearing of potential candidates (new queens) by workers, and the final selection of one queen.  But how is the winner decided?

The new queens will literally fight each other in duals to the death.  The last queen alive will replace the old queen4.