How Many Bumble Bees In A Colony?

Question:
How many bumble bees are there in a colony and where do bumble bees raise their colonies?

The short answer is:
Depending on species, most colonies range from small (20 - 100 workers), to large (up to 400 workers).  However, in some countries, there are bumble bee species that can raise a colony with over 1000 workers.

Some bumble bee species raise their colonies underground.  Several species prefer to nest on patches of moss or tussocks of grass, whilst others prefer to nest above ground.

How Many Bumble Bees In A Colony? 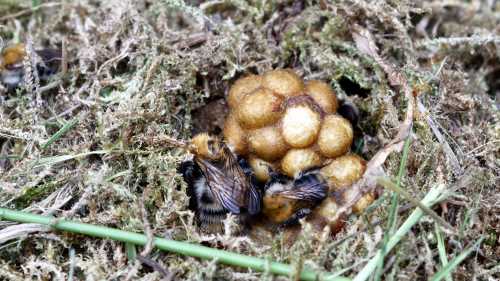 A Bombus pascuorum colony nest on a grassy, mossy surface

In his book, Bumblebees Behaviour And Ecology, Professor Dave Goulson comments that in Britain, a large colony size of 100 - 400 workers might be reared by Bombus terrestris (Buff-tailed bumble bee) and Bombus Lapidarius (Red-tailed bumble bee).

Above data compiled from Field Guide to Bees Of Great Britain And Ireland - by Steven Falk.

However, a 2015 study providing data from other regions of the world, including USA and Japan, indicated significant differences in bumble bee colony size.  For example, the colony of Bombus vosnesenskii found in California contained 1848 workers1.

What factors affect the size of a bumble bee colony?

Also, a large food supply means a larger workforce that will provide more help, including food provisioning, brood care, and defense of the colony, as well as a subsequent increased production of queens (Owen et al. 19803).

Of course, colony size may be impacted by threats to bumble bee nests.

For example, a 2015 study showed that bumble bee colony size was negatively affected by the use of fungicides, resulting in colonies of Bombus impatiens having fewer workers5.

A study of 908 bumble bee nests in Britain between 2008 and 20134, found that colony survival, (measured by success in producing new queens) ranged from as little as 41% for the native Bombus hortorum, to 96% for the recent newcomer, the tree bumble bee, Bombus hypnorum.

The top 4 reasons for colony failure in order of most commonly occurring, were:

1. excavation of the burrow,
2. human disturbance of the nest,
3. flooding and
4. wax moth. 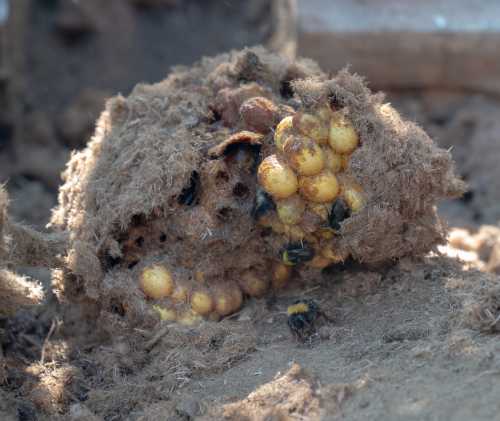 Do all bumble bees live in colonies?

Yes, although it must be pointed out that cuckoo species do not establish their own, rather they take over colonies established by host queens, often dominating her workers and any food provisions in the nest.

Where do bumble bees raise their colonies? 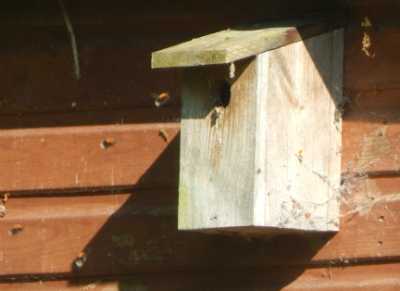 Location of a Bombus hypnorum - in a bird nest box.

Some bumble bee species prefer to make use of burrows underground, such as abandoned mouse holes, but also other crevices may suffice.  Other species, notably the carders, nest on the surface of the ground, typically on tufts of grass and mossy banks.

Other species nest in tree crevices or even abandoned bird boxes. 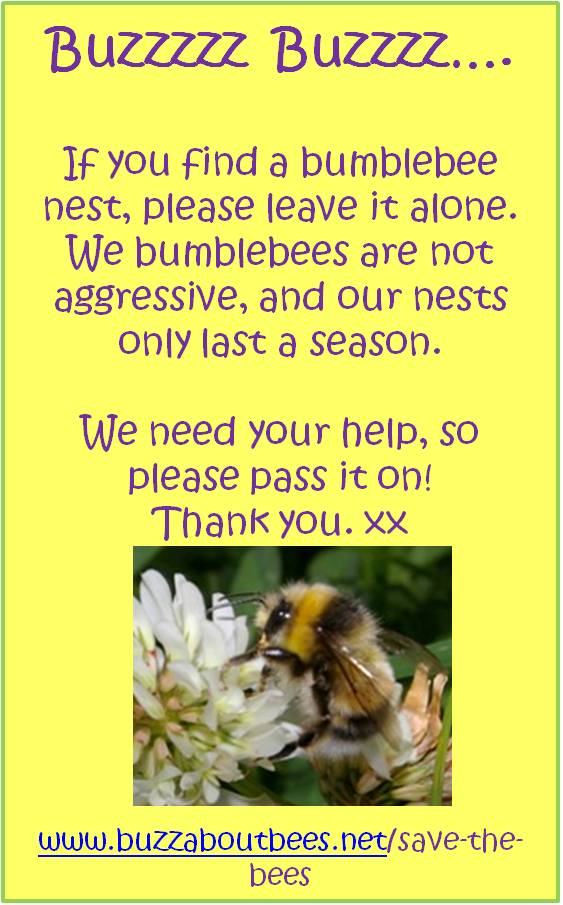 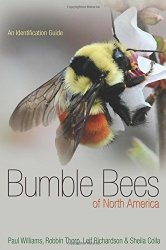