Eviction Of Drone Bees From The Hive

The eviction of drones (male honey bees) from the nest or beehive is all part of a natural process within the life cycle of a honey bee colony.

When Are Drones Evicted From A Colony, And Why? 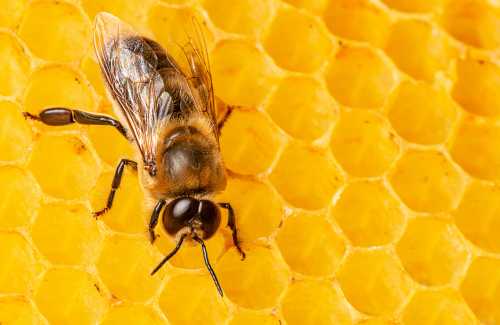 However, there will come a time when the benefit drones provide to the colony will be outweighed by the burden, because despite the importance of healthy drones, they do not provide food for the colony.

At some point in autumn, queen honey bees will stop producing brood, and workers cease their foraging activities.

This means that during the winter, the colony will rely solely on stored food to meet their energy demands.

For this reason, healthy drones are evicted from honey bee colonies late in the season (from around August onwards) in preparation for the winter season.

When this occurs, drones may be prevented from entering the hive or nest by guard bees positioned at the entrance, or they may simply be evicted, even killed by worker honey bees, and the corpses pushed out of the hive or nest.

The reason for this, is to protect the colony (including the overwintering queen) from starvation during the winter when worker bees are unable to forage for the colony.

Thus, although the thought of bees being killed by their own may seem upsetting, evicting the drones increases the colony's chances of survival into the next year, when new drones will be produced.

Drones resist being evicted, and since they are larger than workers, it may take more than one worker to haul them out of the hive.

The eviction of drones may be delayed

What if drones remain in the colony?

If drones are not evicted from the hive or nest, this could also be a sign of queenlessness or impending supersedure, which may fail if conditions are not right for mating.

What is 'supersedure'?
Sometimes, workers will decide a queen needs to be replaced.  This may be because she is producing insufficient eggs, or is getting older and her egg-laying pattern has become poor, or that the queen is ill or has been injured.

In these scenarios, the colony will rear a couple more queens in queen cells (also called 'supersedure cells').  Supersedure queen cells are found at the bottom of a frame, and look like a cased peanut.

Only a couple of queens are reared.  These queens then fight it out to be the new queen of the colony.


Are Cuprinol and Creosote safe to use
on a bee hive?