Can You Eat Honeycomb?

Short answer:
Yes, honeycomb is perfectly edible, including the beeswax.  You can eat honeycomb on its own or with other foods.

You may see packaged, natural honeycomb for sale in delicatessens, or at the local honey fair.  Beekeepers may also offer it online.  It may be priced at a premium, and some claim that added nutritional and health benefits are gained from eating honeycomb raw.

Given that honeycomb is made from beeswax, it comes as a surprise to some people to learn that all of the honeycomb is completely edible.  Not only can the honey contained within the wax cells be eaten, but the whole comb itself can be consumed  (although please note, honey cannot be eaten by infants).

How To Eat Raw Honeycomb 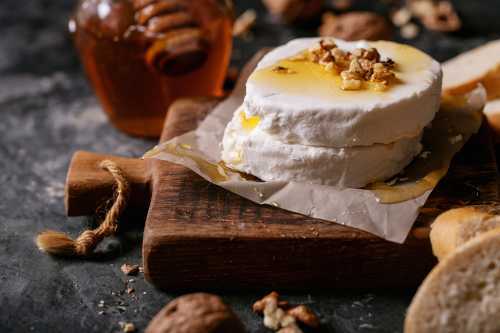 If you'd lie to give it a try, here are some suggestions for eating raw honeycomb:

Why natural beeswax is edible and safe to eat 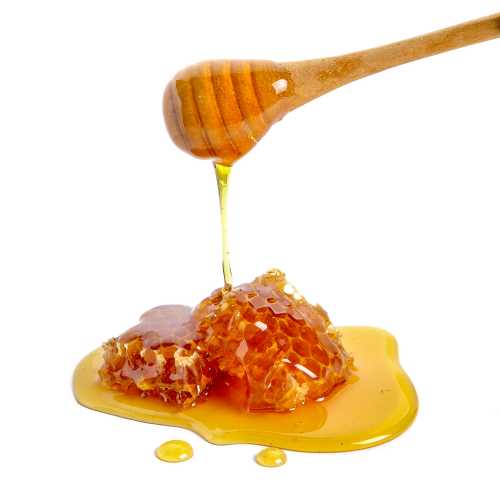 You may be more familiar with inedible forms of wax, such as paraffin wax candles, although of course, beeswax is also used to make candles.

However, raw beeswax contained within honeycomb is perfectly edible.  It is secreted directly from the wax-producing glands in the abdomens of young worker honeybees.

Beeswax is already used in a number of ways in beauty products such as lip balm, and as a film for wrapping and preserving cheese and other food items.

Beeswax is also used as a food additive.

Beeswax is used as a food additive labelled E901 (which is white and yellow beeswax).  It may appear in or on foods in the following scenarios:

Beeswax is approved for use in food in most countries,  and The World Health Organisation lists beeswax as a food additive "NOT OF TOXICOLOGICAL CONCERN"1.

Is raw honeycomb good for you? 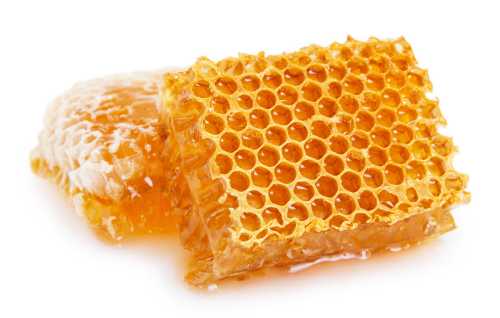 Honey served in its raw state inside the honeycomb is likely to contain pollen grains.  Usually it is purchased lightly filtered to remove bits of debris, such as the parts of the bodies of dead bees.

Having additional pollen grains in the honey means the protein content will be slightly higher than with conventional honey.

But what about the wax?
Despite being used as a food additive, whether or not beeswax offers nutritional benefit to humans is debatable - probably unlikely.  For a start, beeswax is not easily broken down in the human digestive system (i.e. chemical digestion of fats, proteins, carbohydrates).

This means that whilst beeswax is of no toxic concern, the human body is not able to gain much nutritionally from it.  However, there is some interest in the therapeutic uses of beeswax, in particular in relation to its anti-microbial activity.

What does beeswax contain?
The content of beeswax will vary slightly, but to quote one research paper2: 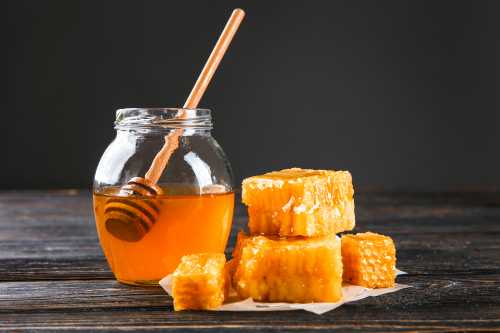