The scientists suggest that this change in foraging behaviour may have a negative effect on pollinator health by reducing the amount of time devoted by insects to other essential tasks.

Fuentes and his team started by setting out the already established fact that air pollutants such as ozone, nitrate radicals and hydroxyl radicals are known to interact with floral scents to the extent that, downwind of the scents, their composition is radically altered.

They then went on to investigate two aspects of this problem:

How might bees and other pollinators be affected by pollution?

Pollutants such as ozone, nitrate radical and hydroxyl radical are responsible for "the degradation and the chemical modification of scent plumes."  Bees pick up scent molecules from flowers at distance, thus enabling them to locate sources of food, and thus pollinate flowers.  Unfortunately, researchers found that the pollutants have the effect of reducing the distance that scent molecules can spread.  This means it becomes harder for bees to locate flowers, with the knock on effect that foraging times are increased. 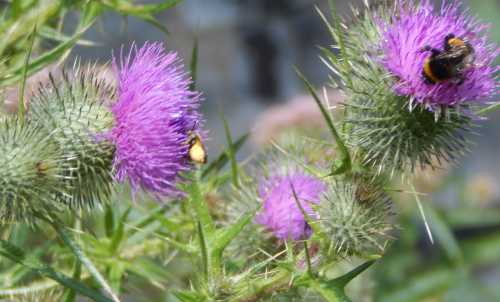 "...... insect success rates of locating plumes of floral scents were reduced and foraging times increased in polluted air masses due to considerable degradation and changes in the composition of floral scents. Results also indicate that plant-pollinator interactions could be sensitive to changes in floral scent composition, especially if insects are unable to adapt to the modified scentscape. The increase in foraging time could have severe cascading and pernicious impacts on the fitness of foraging insects by reducing the time devoted to other necessary tasks."

Why should we be concerned about bees and pollution levels?

Firstly, it is known that atmospheric pollution has increased over many decades, with some major cities such as Mexico City, and Houston reporting very high levels of pollution, especially of ozone, which is a pollutant also known to be hazardous to human health.

Other major cities, such as London are known to be suffering from high levels of pollution.

The scientists have shown that this increase in level of air pollutants is changing the nature of floral scent distribution – the floral scents themselves are being altered.  If this affects  plant-pollinator interactions, what are the consequences for   plant populations and the wider eco-system? 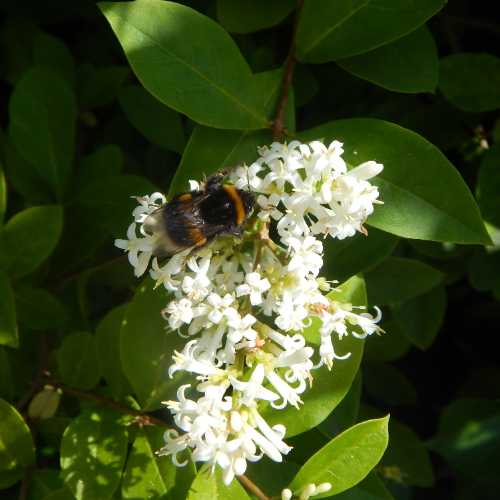 For example, what might be the impact on newly emerged solitary bees and queen bumble bees that have limited time for foraging, establishing nests/colonies and for new queens needing to lay down fat reserves to see them through the winter months?

What can we do to protect bees from pollution?

A very difficult question!  There is the longer term issue of tackling the pollution, and a short term need to help the bees that need to thrive from one year to the next.

Of course, governments need to be lobbied with regard to this respect.  It may seem like an impossible task, but there have been periods in history - London again springs to mind, when legislation to clean up the air has been a necessary step, and industry has had to adapt.

Individuals (that's you and me) also need to consider their own footprint upon the earth, and those who live in cities, perhaps more so.

However, I would certainly increase the pressure on councils in major cities to up their game in providing more plants, trees and hedgerows for pollinators in public planting schemes, instead of garish, low-value ornamentals.  See:

Home owners with gardens, communities, even churches and community centres with grounds, could all be asked to play their part in providing plants for bees.