What is Bee Pollen?

Bee pollen is pollen that has been collected from flowers by worker bees, packed into pellets.

The commercially available bee pollen - that which is sold as a superfood / health supplement, is collected by beekeepers from worker honey bees, using a pollen trap. 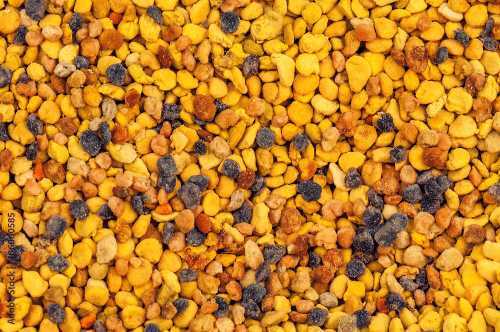 Is Bee Pollen Good For You?

There may be some small differences between different batches of bee pollen, because the nutritional content of pollen varies between species of plant.

Pollen contains a number of anti-oxidants, minerals, proteins and a number of other ingredients so that some believe bee pollen benefits humans as well as bees.

Having examined the evidence, I am personally skeptical.  I would be wary of the marketing claims made, and:

“Two other bee products are pollen and royal jelly - the health giving properties of these are less well documented in the scientific literature”. - IBRA

To take a look at some of the claims made with regard to whether or not bee pollen is good for you, see these links:

Supplements can be purchased in a number of formats, in tablets, capsules and granules, and sometimes combined, for example with royal jelly or propolis.

However, according to the book ‘The Healing Powers of Pollen’, the author, Patrice Percie Du Sert states that we now know that drying pollen destroys most of the beneficial active ingredients in bee pollen.

If he is right, this may be of concern to those considering purchasing dried pollen. Patrice Percie Du Sert advocates fresh bee pollen that is removed from honey bee hives, and he has devised a way to supply and sell bee pollen in such a format through a special process involving freezing the pollen.

Is bee pollen a "super food"?

My analysis outlined on the links above, suggests that bee pollen contains a number of nutrients in tiny amounts that are essential to bees, with their tiny bee bodies and developing colonies.

These nutrients are also of benefit to humans, however, they are are also available in many commonly eaten and widely available foods (which happen to be less expensive).   So if anyone would ask me "What is bee pollen and is it a Super Food?", I'd have to answer:

"it's a super food for bees, but as for humans, you may as well go and eat a portion of boiled kale, or even an apple - unless you want to consume lots of extra calories in your diet!".

The Healing Powers of Pollen’ by Patrice Percie Du Sert