Whilst out among the dunes one day, I was pleased to photograph a female  sandpit mining bee - Andrena barbilabris.

I live not far from the coast, and every now and then, enjoy a walk among the sand dunes.  It happens to be an area of Special Scientific Interest (SSI), providing important habitat for birds, plants, and of course bees.

This sandpit mining bee was foraging on the roses that grow among the dunes, and was easy to identify, partly because of the small, visible strips of hair that look almost like felt, at the inner eye margin.  These strips of hair are called facial fovea. 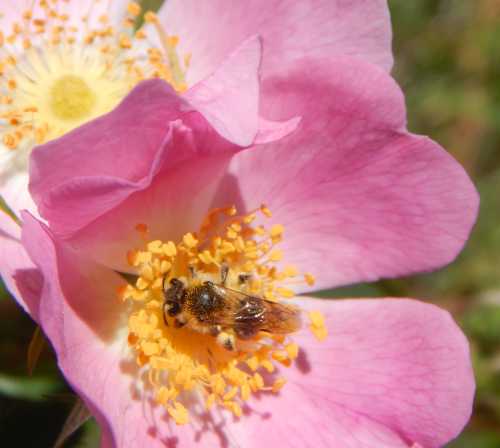 Whilst the female is brownish hair, the slightly smaller male is a charcoal grey, with pale hairs on the thorax, legs and face.

The female is about 8mm in length, with males a sometimes a little smaller.

Later, I captured more images of this species, this time foraging on dandelions that were growing out of the sand. 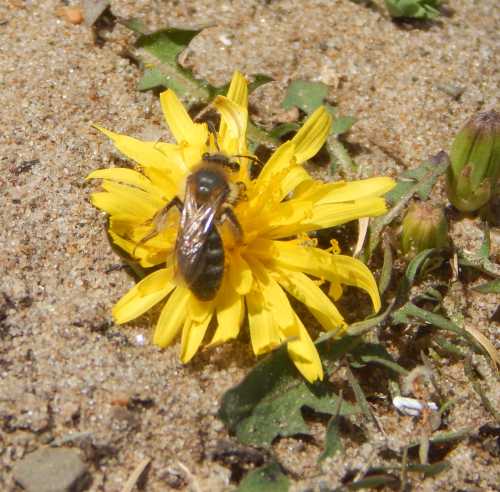 I believe I also snapped a few photos of a male, but the images were not very good, and I ended up deleting them from my camera.

As the name suggests, this species may be spotted around sandy habitats, such as coastal dunes as was the case here.  However, they can appear in other sandy landscapes, including heathy woodland and even sandy brownfield sites. 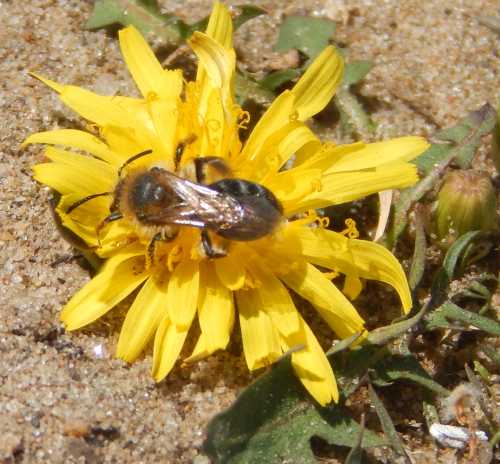 It may be easy to overlook such locations, but they are often more rich in floral abundance than it may first seem.

For instance, in this particular coastal habitat, shrubby growth  includes brambles and hawthorns, as well as wild roses, and willows among others. 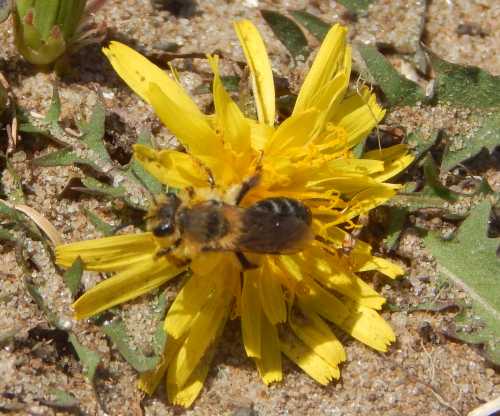 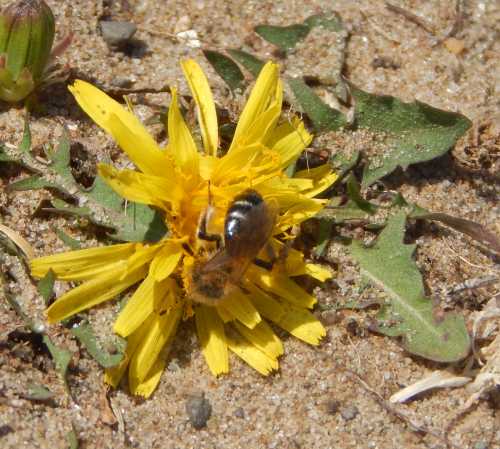 Many of the flowers that provide foraging opportunities for bees, are the thistles, low growing clovers, creeping restharrow and bird's foot trefoil.

Indeed, in the same area I have also seen the Vernal mining bee, a fairly rare species.

Leafcutters also seen nearby include the silvery leafcutter, and the coastal leafcutter.

As far as Andrena barbilabris is concerned, this species is polylectic.  It will forage on a range of blooms, including blackthorn, willows, hawthorne, buttercups, umbellifers and a variety of composits.

It's clear then, that this coastal dune habitat is perfect for this species. 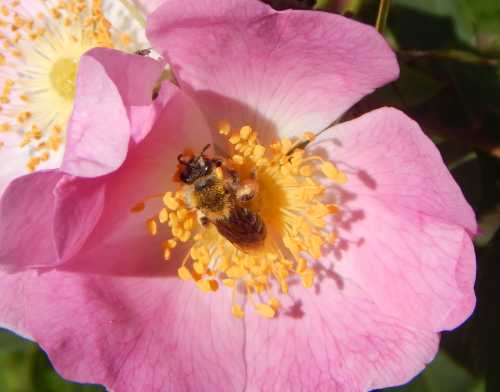 Like the silvery leafcutter bee, Andrena barbilabris nesting occurs in aggregations in mounds of loose sand.  Falk notes that males may be seen swarming about nest sites in large numbers.