I’m interested in all things ’bee’, however, it was only in the last few years that I became aware of claims made regarding bee pollen and benefits to human health, and its use as a diet aid.

I just want to first point out my simple belief that:

then generally, we shouldn’t need to take supplements or bother with diets unless advised by a qualified doctor (a real one) for a specific condition.

Is bee pollen a worthwhile supplement?

There may be medical conditions that warrant the use of supplements and special diets, but I tend to think that for the rest of us, we can probably get by with plenty of fruit and vegetables, with a reasonable amount of protein and carbohydrates.

How do I know whether or not I’m getting the right amount?  I’ll confess that even here, I personally don’t follow any rules.  Fortunately for me, natural, wholesome foods are what I was brought up on – most of the fruit and vegetables being provided for my family from our (organic) garden.  It’s served me well all my life, such that I take no medications and have never been in hospital.  Illness – even common ailments, are rare for me.

However, I decided to keep an open mind with regard to bee pollen, so I took it upon myself to read around the subject, approaching it from different angles.

I genuinely wanted to know the answer to the question: “is bee pollen good for you?”.

It seems to me that the claims made in relation to bee pollen and its benefits to human health when taken as a supplement, fit broadly into 4 categories, which I will share with you here.

In sharing this, I hope those interested will be encouraged to dig deeper, even if they do not have the time or general inclination to read lots of scientific research.

What was really interesting to me when I investigated this, was the number of times that claims were extrapolated from data for an inexpensive food stuff, like spinach, to suggest that it would be worth buying bee pollen (which is significantly more expensive), because bee pollen also contained the same nutritional component.

(My response would be: so instead of spending all that money, just eat spinach every now and then!).

Set of claims made, tended to follow the logic that, for example:

Whilst I don’t refute such claims necessarily, I really felt this was a little unfair to the trusting customer who buys bee pollen at a fairly expensive price in order to gain the claimed benefit, when he or she could just as easily purchase a commonly available food containing the highlighted ingredient (X), and at a very small fraction of the price!

I might add that although I advocate organic produce, I'm afraid even organic bee pollen is of no interest to me.

2. Reliance on trials conducted only on animals

One such study quoted as evidence is by Qian B, Zang X, Liu X.: Effects of bee pollen on lipid peroxides and immune response in aging and malnourished mice. Zhongguo Zhong Yao Za Zhi 1990;15(5):301-3, 319.

However, I'm afraid that what applies to mice does not necessarily apply to humans - if it were the case, there'd be no trials on humans at all for medicines. As it is,  92% of new drugs successful in animal studies go on to fail in clinical trials on humans, sometimes injuring or killing volunteers and patients (Source: Safer Medicines Org).

Since when did we go around eating things just because another creature eats them?  I mean, think about what flies eat - depending on the species, it's not always nice!

Bees need pollen and nectar - it's the ideal food that is available to them, and in turn, they pollinate food crops. Yes, perhaps bee pollen is good for you, but so are a myriad other commonly available, less expensive foods!

4.  Claims that "Bee pollen can help me lose weight"

This is a claim that really surprised me, given that it is relatively high in fat and calories.  Yet again, I found no evidence that there was any real benefit for those wishing to lose weight.

Incidentally, 100g bee pollen has more calories  than 100g of a MacDonald's Big Mac, which has 257 calories, in comparison with 314 calories from the same amount of bee pollen - see my page  Bee Pollen Nutrition.

It has to be said that claims about bee pollen and weight loss are quite subtle - basically that taking bee pollen whilst on a diet is a good idea as a means of dietary support. This to me is the realms of the 'snake oil salesperson'.

It seems to me that anyone wanting to cash in on the health supplement-food fad, tries to find an angle on dieting and weight loss, because that's where there is lots of money to be made.

Seriously, if you want to purchase bee pollen, then I don't wish to cause offence, but my advice would be: think about it before your spend your money.   There may be better ways for you to spend it!


Is Honey Bad For Your Teeth? 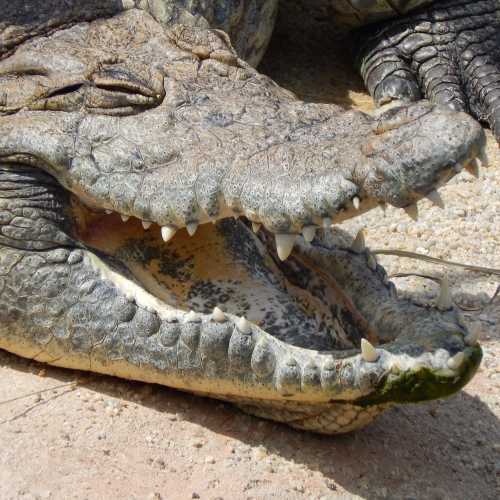