Why Sherlock Holmes Became A Beekeeper When He Retired

You may have heard that Arthur Conan Doyle's famous consulting detective, Sherlock Holmes became a beekeeper when he retired.

But how do we know he took up beekeeping, and why did Sherlock become a beekeeper?

Below, you'll find a quote from the book, and possible reasons why Sherlock Holmes decided to take up beekeeping as a hobby.

You may also be interested to read these fascinating newspaper cuttings that were published in Australian press dating from 1904 to 1926 concerning Conan-Doyle. 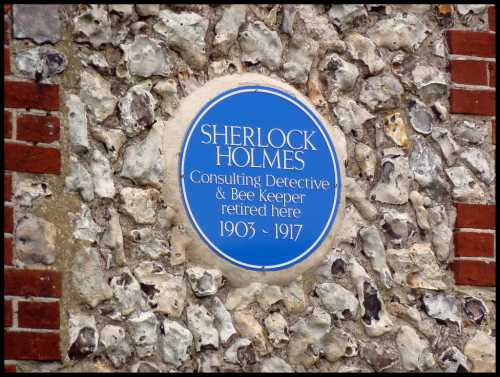 But first..... I want to point out that as well as being a fan of bees, I'm also a fan of Sherlock Holmes (although perhaps not so ardent as some of his followers).

I visited the Sherlock Holmes museum in London some years ago (before the contemporary films and TV series were filmed).

It's small and set in a Victorian house in Baker Street, and is quite enjoyable.  If you are a Sherlock fan and visit London, I recommend a trip to the museum. 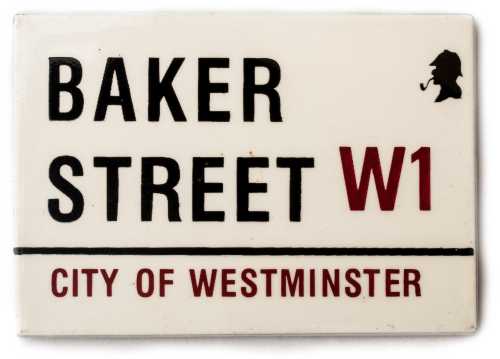 I bought my first Sherlock book over 20 years ago - a compilation of some of the most popular stories.

I also have the complete works of Sherlock Holmes (I'm the lucky owner of a beautiful and smart, gilt-edged, hardback edition, which I received as a Christmas gift some years ago).  It contains the original illustrations by Sidney Paget, who prepared the drawings for The Strand Magazine, where the stories were first published.

I have The DVD box set of the Sherlock Holmes series starring Jeremy Brett - Sherlock Holmes: The Complete Granada Television Series (actually my favourite version, hands down) - and the newer, edgier, and contemporary take on the stories – Sherlock, starring Benedict Cumberbatch.

In addition, I own Arthur Conan Doyle's biography, autobiography, and the latest movie Mr. Holmes with Ian McKellen, which references Holmes’ retirement and beekeeping activities. (As an aside, I also have an old copy of Conan Doyle’s first novel: The Narrative of John Smith).

So, not a massive collection by any means, but enough to enjoy.

How Do We Know Sherlock Holmes Became A Beekeeper?

Because Conan Doyle tells us so, as you'll see from the quote below!

Indeed, we are told that not only does the fictional detective, Sherlock Holmes become a beekeeper, he also produces a work on the subject - Sherlock Holmes' own beekeeping book:

Practical Handbook Of Bee Culture with Some Observations upon the Segregation of the Queen.

It is fitting for Holmes to make a written contribution to understanding all manner of subjects, since Holmes is known for publishing monographs and papers relating to his studies and investigations.

Quote from His Last Bow – An Epilogue Of Sherlock Holmes:

“’But you have retired, Holmes.  We heard of you as living the life of a hermit among your bees and your books in a small farm upon the South Downs.’

‘Exactly, Watson.  Here is the fruit of my leisured ease, the magnum opus of latter years!”  He picked up the volume from the table and read out the whole title, Practical Handbook of Bee Culture, with Some Observations upon the Segregation of the Queen.

‘Alone I did it.  Behold, the fruit of the pensive nights and laborious days when I watched the little working gangs as I once watched the criminal world of London.’”

(The South Downs is a very beautiful part of countryside in the south of England).

Why Did Sherlock Holmes Become A Beekeeper?
4 Reasons

We are not given the specific reasons why Sherlock Holmes took up beekeeping and what lead him to this hobby, however, beekeeping seems a fitting hobby for the master sleuth!  Here are my suggestions: 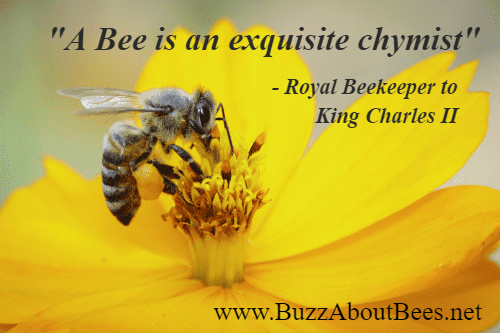 1.   In the words of Royal Beekeeper to King Charles II:

“A Bee is an exquisite chemyst” [chemist]

So what does this have to do with Holmes?  Quite simply the fact that Holmes was a chemist too, and was fascinated by chemistry.

That honey bees collect nectar from flowers and turn it into honey, as well as making wax and other bee substances, has long been a source of amazement and wonder (Conan Doyle is not the only esteemed writer to include reference to honey bees in his prose – William Shakespeare, Kahlil Gibrain and many others  poets (and philosophers) also refer to these amazing creatures).


Thus, it’s not surprising that Sherlock Holmes, who has a fascination for chemistry, would also take a deep interest in the activities of honey bees.

From chapter 1 of his very first Sherlock Holmes story (A Study In Scarlet) when Watson is yet to meet Holmes, Conan Doyle tells us this:

“You don’t know Sherlock Holmes yet………….I believe he is well up on anatomy, and he is a first class chemist….…His studies are very desultory and eccentric, but he has amassed a lot of out-of-the-way knowledge that would astonish professors.”

Indeed, shortly after this conversation, Watson then meets Holmes for the first time, in a chemical laboratory.

…..And of course, the wonderous workings of the honey bee colony has presented us with much to mystify and amaze us for many, many years. 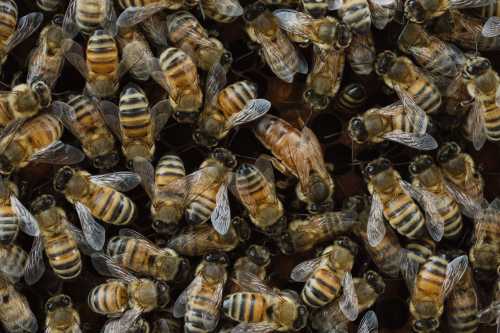 3.  Sherlock relishes the challenge of understanding the workings of complex ‘gangs’ and organizations

Sherlock likes to uncover the unseen, and solve the complex jigsaw of underworld gangs, their organization and workings – for example, in the The Red Headed League (one of my favourite stories).

“Behold, the fruit of the pensive nights and laborious days when I watched the little working gangs as I once watched the criminal world of London.’”

In retirement, a man with the formidable mind of Sherlock Holmes would need significant entertainment and distraction.

The study of the super-organism that is the honey bee colony, an insect world of thousands and thousands of efficiently organised, masterful artisans and chemists, would provide Holmes with plenty to occupy him, I’m sure!

Sherlock likes to devise methods of analysis and investigation, and to publish his observations – hence his contribution of monographs and studies on all kinds of diverse subjects, such as tobacco and small tattoo marks.

So of course, it’s a fitting use of his spare time, that he should attempt to solve part of that puzzle that is the workings of the honey bee colony, and publish his observations on beekeeping and queen segregation.

(You can get The Complete Sherlock Holmes stories on Amazon).

What Happens Next For Beekeeper Sherlock Holmes?

More recently, contemporary authors have written their own follow up to the Sherlock Holmes story.  For instance,
The Beekeeper's Apprentice: or, On the Segregation of the Queen (Mary Russell and Sherlock Holmes Book 1).

According to the description, it is 1915 and Sherlock Holmes is retired and studying honey bees when he meets a recently orphaned gawky fifteen year old, Mary Russell, on the  Sussex Downs.

Under Holme's reluctant tutelage, the young woman proves a deft protégée for the famous detective, as they embark on their first case together: the kidnapping of an American senator's daughter.

I haven't read the book, so as yet, I am unable to offer an opinion.