With an abundance of different types of wildflower habitat around me, supplemented by gardens and wooded areas, I count myself lucky indeed to be able to walk down a country lane from where I live, and spot all kinds of bee species such as this: the bloomed furrow bee, Lasioglossum albipes.

The name Lasioglossum means 'hairy tongue' in Greek; albipes is Latin and means 'white-legged'.  On males,  pale patches can be seen on the legs quite easily - albeit perhaps not especially well on these photographs!

This bee is actually quite common, but one of the particular reasons I love to capture pictures of species like this, is because of the opportunity to showcase different types of bee that do not conform to the general perception of what a bee actually looks like (at least, for many people).

Those who have read many of my posts will probably have gleaned that I'm keen to build awareness of the many different types of bees, even if the exact species name cannot be identified at the time. In my experience, most people recognise a bumble bee, if lucky, a honey bee, and that's about it.

Yet there are thousands more marvellous little bees buzzing, pollinating and busily getting on with their lives in gardens, parks and wild areas.  All we need to do is get into the habit of looking a bit more closely than usual: this in itself is very rewarding. 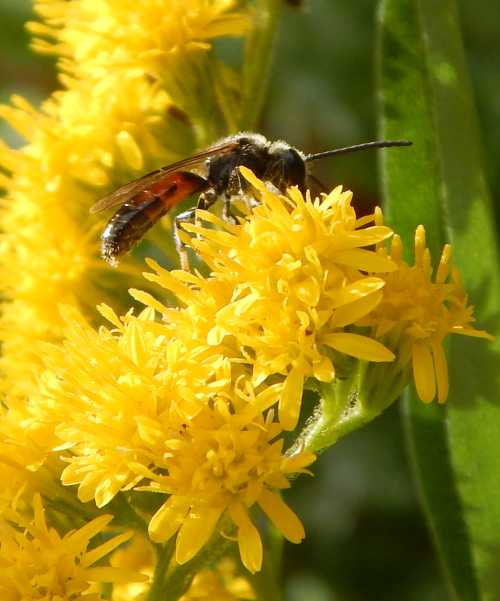 Bloomed furrow bee, Lasioglossum albipes - male - the abdomen has an appearance of translucence. 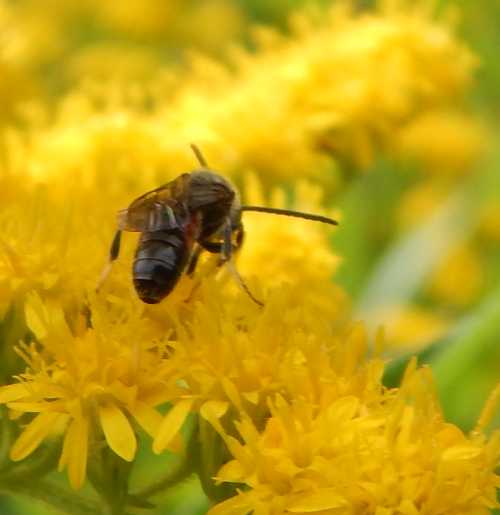 But back to the little bee we are concerning ourselves with here: the Lasioglossum albipes. 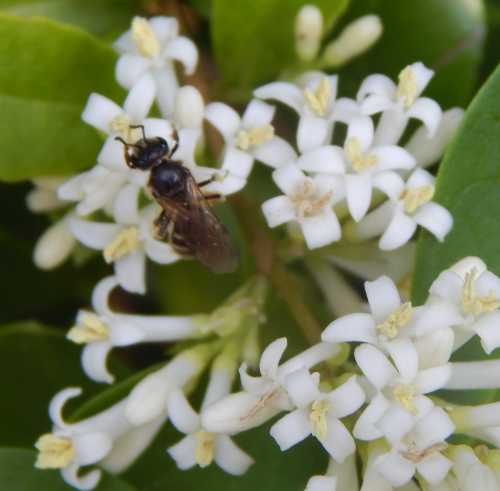 The photos of this species were taken close to where I live, at a  historic brownfield site in a wooded valley with patches of scrubby land covered in wild flowers including knapweed, buttercups, scabiouses, ragworts, thistles, various umbellifers, a patch of Solidago (golden rod - a plant I heartily recommend for bees that is sometimes also seen in garden flower borders).

There are also lots of trees and shrubs, some of them left over from the gardens of old worker cottages that were once on this historic site.  It's some time since I took these photographs, but I believe the female is foraging on privet flower. 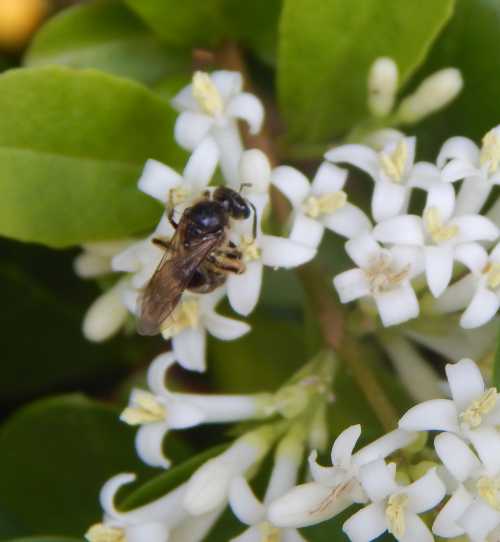 However, it has to be said that this site is surrounded by housing and gardens.  I wouldn't be surprised to see it in neighbouring gardens, although I have not seen it in mine.  At the end of the day, I'm sure it will be found wherever its preferred food supply is more abundant, and suitable nest sites can be found.

Females may appear from around March, males and further females in July, and both may be seen into September.

Lasioglossum albipes nest in light soils, sometimes in small aggregations.  It is thought to be primitively eusocial, although possibly solitary in some regions.

About The Chalk Furrow Bee 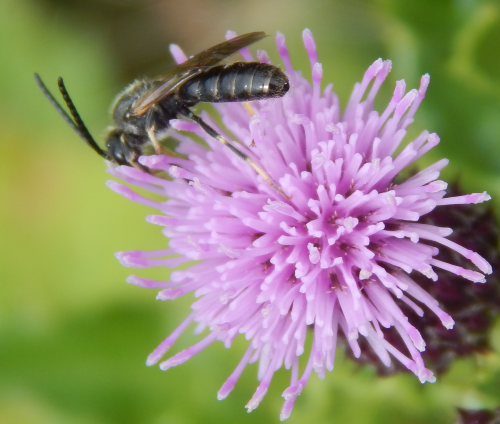 About The Orange-Legged Furrow Bee