Varroa mite is one of the biggest threats to honey bee colonies.  In the UK, it was first discovered in 1992.

How a honey bee deals with the Varroa mite:

Given the mode of action of neonicotinoids, (Read this link - How do neonicotinoids work?) is it surprising if these insecticides hinder the ability of bees to develop this grooming ability?

Bayer Cropscience advertises the mechanism by which sub-lethal doses of imidacloprid, one of their neonicotinoids, kills colonies of Termites, which like bees, are social insects, and super-organisms, living in vast colonies.

The key is that disoriented social insects stop grooming and thus get infected with natural pathogens. Here is the quote from the Premise 200SC leaflet (download can be slow, and opens new window). Premise 200SC, is a Bayer product for Termites, which like bees, are social insects. The leaflet reads:

“The termites are susceptible to diseases or fungi found in soil. A principle part of their defence mechanism is their grooming habits, which allows the termites to get rid of the fungal spores before these spores germinate and cause disease or death. Premise 200SC interferes with this natural process by lowering defence to nature’s own weaponry.”

"What is Premise 200SC plus Nature?

Low doses of imidacloprid such as the edge of the Treated Zone, disoriented the termites and caused them to cease their natural grooming behaviour. Grooming is important for termites to protect them against pathogenic soil fungi. When termites stop grooming, the naturally occurring fungi in the soil attack and kill the termites. Imidacloprid makes fungi 10,000 times more dangerous to termites. Nature assists imidacloprid in giving unsurpassed control. This control is called Premise 200SC plus Nature."

Could it be, then, that neonicotinoids interfere with grooming behaviour in honey bees, making them more likely to succumb to Varroa mites and the diseases they carry? 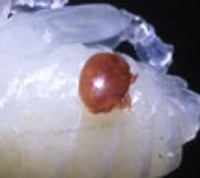 As stated, although this leaflet is particularly concerned with termites and not bees, nevertheless, termites, like bees, are social insects, and they engage in the act of grooming.

Imidacloprid is a neonicotinoid, and it is used on farmland, as well as being available for use in gardening, golf course and lawn care products.

In view of this information, I would like to know whether regulatory approval bodies considered the impact of these pesticides on crucial natural insect behaviours such as these.

Have they even requested data from Bayer Cropscience investigating the impact on grooming behaviour in honey bees?

Did Bayer submit such data, and if so, what steps are the regulatory bodies taking to ensure the data is independently scrutinised?

Are they requesting visibility of independent data?

Further evidence of the effects of neonicotinoids on grooming behaviour has also been witnessed in beetles, including having an impact on their larvae. This published study, titled Synergism of imidacloprid and entomopathogenic nematodes against white grubs: the mechanism; by Albrecht M. Koppenhöfer et al in 2000, states:

"The major factor responsible for synergistic interactions between [LOW DOSE!] imidacloprid and entomopathogenic nematodes appears to be the general disruption of normal nerve function due to imidacloprid resulting in drastically reduced activity of the grubs.

"Brushing (legs or mouth parts swept across body)……and chewing ….occurred significantly more often in grubs not treated with imidacloprid in the presence of nematodes and this response was reduced by 42-70% after imidacloprid treatment."

It seems to me that unless it is proven that neonicotinoids do not impair crucial grooming behaviour in honey bees and non-target insects, then this is further justification for a precautionary suspension.

It has also been demonstrated that the interaction between the microsporidia Nosema and a neonicotinoid (imidacloprid), significantly weakened honey bees.

This study by Alaux et al was published in Environmental Microbiology 2009: Interactions between Nosema microspores and a neonicotinoid weaken honeybees (Apis mellifera)

I shared this information with The Independent newspaper (I'm the 'Ms Williams' referred to in the article), and was grateful when they published it.

The Independent newspaper reported that in response to the question of whether Bayer had tested for the effects of neonicotinoids on grooming in honey bees, the reply was 'no':

Quote from the newspaper article:

"Dr Julian Little, Bayer's UK spokesman, said: "We do a lot of tests of the effects of insecticides on bees, and impairment of grooming has never shown up."

Specific tests to see whether or not bees' grooming ability was impaired by neonicotinoids had not been carried out, he added."

Meanwhile, what do patents for products containing neonicotinoids tell us?  I think this is worth considering, and asking ourselves whether the claims that these chemicals kill nasty pests, but not beneficial/non target insects, is worthy of our confidence.

How to clean used beekeeping equipment

Build your own beehive