On my page about meat eating bees, I refer to a number of tropical stingless bee species (Meliponinae) and their consumption of meat (carrion) as a protein source.

I was most surprised however, to learn of an article describing incidents of bumble bees eating meat and other non-plant food sources in tropical and temperate regions. 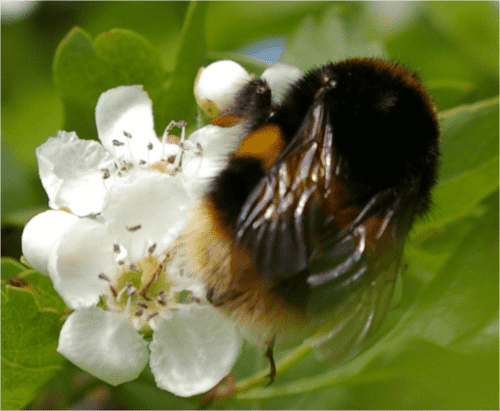 In 3 locations in south-eastern Spain, at an altitude ranging from 1100 to 1300m, again in a location of oak-dominated forest (Quercus ilex - 'evergreen oak' or 'holly oak'), Bombus terrestris were witnessed to feed on a range of non-plant food sources.

In April 1985, 7 Bombus terrestris workers were observed feeding on the rotting carcass of a wild goat.  Huddled together at a hole in the goat's skin, the bees consumed the body fluid of the goat.  In July 1987, a single Bombus terrestris was seen to feed on a dried bird dropping coated in urates, for about 20 minutes.

In December 1986, 55 Bombus terrestris queens and workers  were witnessed drinking human urine.  The incident occurred again when human urine was deposited in a second location 2m away from the first.

Reasons For Consumption Of Foods From Non-Plant Sources

The reason bees may switch to non-plant food sources is for access to the nutrients, particularly those nutrients required for the healthy development of larvae into adult bees.

This has already been proven to be the case for other bee species.

In 1982, Roubik2 proposed that the stingless bee, Trigona hypogea uses carrion instead of pollen as a protein source.  Furthermore, this species of bee had evolved physical characteristics to enable the workers in the colony to collect suitable carrion, including toothed mandibles, yet no pollen baskets were present on the hind legs.

Honey bees have also been observed to collect dirty water for transportation to the colony, including urine-contaminated water3.  It is proposed that dirty water offers the bees some of their required nutrients and minerals for healthy development, and that honey bees switch water foraging preference according to their requirements4. 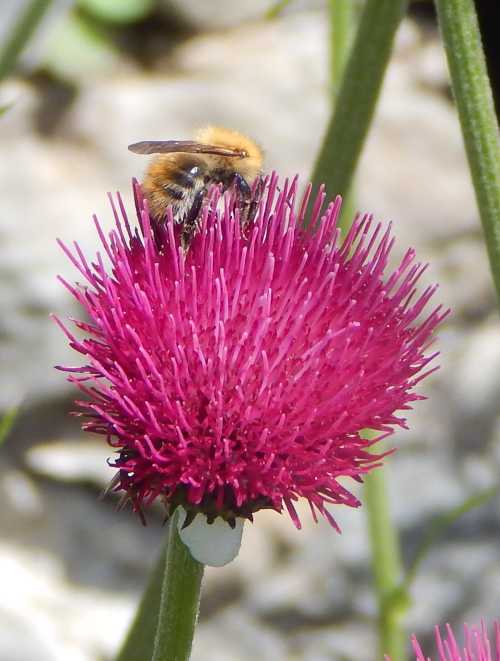