Below is a photograph of a Andrena labiata - or red-girdled mining bee, foraging on wild garlic.

The photograph was taken in May, when I was at a National Trust property in Wales, UK, called 'Erddig', and I was pleased I had my camera with me - even though I admit, my pictures won't exactly make National Geographic magazine, and sometimes, I just have to make do with the images I can take at the time.  The patch of wild garlic was in a lightly wooded area of the garden grounds.  The sun was shining through the trees.

This is a medium-small Andrena species. Both the male and female have a broad red band on the abdomen - that this is a female is easily given away by the fact she is obviously collecting pollen on her hind legs. 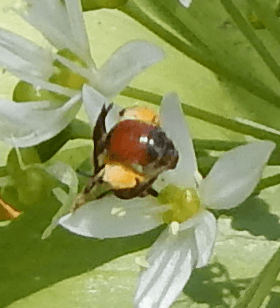 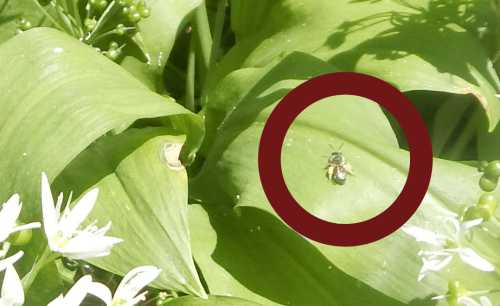 In addition to wild garlic, red-girdled mining bees feed on stitchworts, buttercups, hawthorns, common rock-rose, among others.  Andrena labiata can be seen from March through to June. 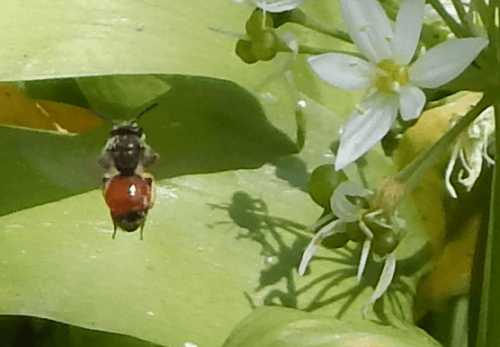 Nesting occurs in a range of soils, sometimes in large aggregations, in short or sparse vegetation.

If you see the cleptoparasitic bee, Nomada guttulata (a rather small nomad bee) lurking nearby, it could well be an indicator that red-girdled mining bees are in the area too.