Why Do Bee Stings Hurt?

Have you ever been stung by a bee?  If so, I’ll wager it hurt! But why do bee stings hurt?

The short answer is:
In simple terms, there are two reasons that a bee sting causes pain and discomfort: 1. skin and tissue damage caused by the stinger piercing the skin; and 2. the effects of chemical components in bee venom, namely stimulation of pain nerves and histamine release.

There is, of course an extra consideration for those who are severely allergic to bee venom. 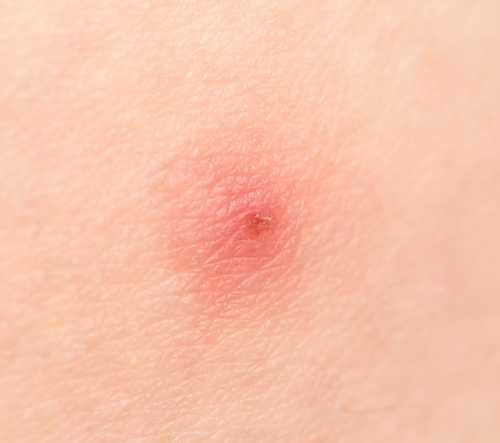 The role of the stinger in pain from bee stings

Whilst it's true that a vaccine injection skillfully undertaken, will cause very little discomfort, if someone were to grab a pin or sewing needle and deliberately stick it into your arm in an ad hoc fashion, it would hurt.  In a sense, a bee stinger in the skin is a little like being pricked by a pin or sewing needle.  It's an ad hoc event, and a tiny wound from a sharp object that will cause immediate, if temporary pain.

When the bee’s stinger pierces the skin, it causes cell damage to both nervous and ‘non-nervous’ tissue. This damage causes stimulation of pain nerves (so we feel pain).

Pain and discomfort are however, prolonged by the venom entering the skin via the stinger.

The role of venom in pain from bee stings

Bee venom has two main effects which contribute to pain and discomfort:

When a bee stings a human, venom is injected into the skin at the site of the small, needle-sized wound.

Principally, most of the insect venoms that sting humans are composed of peptides, proteins, enzymes and other smaller molecules. Bee venom consists of these molecules too, but the peptides melittin, apamin, and mast cell degranulating peptides are exclusive to bees.  These peptides are largely responsible for the discomfort caused by bees stings.

The following chemicals are some of the components found in ‘bee venom’ that contribute in some way to the unpleasant experience of being stung by a bee.  Some are directly responsible for the experience of discomfort, whilst others are facilitators, helping the toxins to take effect.

The relative pain sensations on humans caused by stings from a variety of different insects was studied by an entomologist, using himself as the test case, allowing each of the insects to sting him, and grading the stings on a pain scale!  The book if you are interested: Sting Of The Wild - by Justin O. Schmidt.

For most people, treating bee stings is a relatively simple process to manage temporary discomfort.  However, in rare cases, for some people a bee sting can be fatal, or potentially fatal due to an extreme allergic reaction to bee venom - an anaphylactic reaction.

Anaphylaxis is a very serious allergic response that has a rapid onset and which may lead to death. Symptoms of anaphylaxis in addition to normal reactions, could include swelling of the tongue and throat, shortness of breath, low blood pressure and collapse.  People who are aware they are at risk of serious allergic reaction, must carry an Epi-pen.  Untreated, anaphylaxis can be fatal.

Despite the toxic, allergenic and pain-inducing effects of bee venom, it is known to have a number of therapeutic effects when administered in appropriately and carefully controlled doses.  For example, it has bee found that mellitin can inhibit cell growth of human ovarian cancer cells.  MCD peptide at appropriate levels, is a potent anti-inflammatory agent.  These are just some of the known medicinal uses.

As a quick extra point of interest, wasp venom is slightly different from bee venom. Some of the constituents are the same, such as phospholipase A; hyaluronidase and alarm pheromones. Wasp venom also contains phospholipase B (which plays a role in immobilising prey), wasp kinin (which causes inflammation), and acetylcholine (which stimulates pain nerves – thus causing the pain we experience from a wasp sting). Wasp venom does not contain mellitin.

Natural And Chemical Free Methods To Repel Bees And Wasps