How Neonicotinoids Behave In The Environment

Why are neonicotinoids a concern for those of us who love bees, pollinators, and are concerned about wildlife?   What are the particular properties of neonicotinoids that provide cause alarm?

Neonicoitnoids can be applied directly to seed (i.e., seeds such as maize, wheat, and beet are pre-treated), they may be applied as a root drench, or even sprayed on leaves (for example, on apple trees, pears and greenhouse crops).  Some people claim that because they can be applied as root drenches or seed treatments, they must be safer for bees than older spray pesticides due to reduced exposure of bees to poison.

Unfortunately, this demonstrates a lack of awareness about how neonicotinoids work, and the particular mode of action that makes neonicotinoids so effective against ‘pest species’ in the first place.  It also fails to consider particular properties of neonicotinoids, and the way this group of insecticides behave in the environment.

Having already discussed on this site the many ways in which neonicotinoids affect bees specifically, this page considers the general ‘behaviour’ of this group of insecticides.

Please see the references below that were used in the gathering of this information.

Behaviour of neonicotinoids in the environment 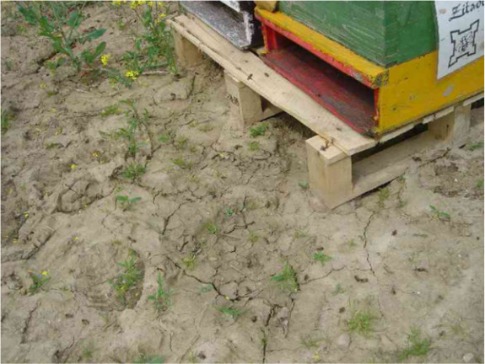 Neonicotinoids are systemic insecticides, meaning they permeate the whole plant.  They are designed in such a way to ensure that ‘pest’ species are killed after biting or sucking on the plant.

However, they contaminate nectar and pollen, and thus beneficial pollinating insects such as bees, become exposed to the poison.

2.    They remain in soil for years after use

Even when usage has ceased, they remain is soil, meaning that residues are picked up by subsequent plantings.  Research has demonstrated that even after 2 years (the length of the study), the residues are sufficient to present lethal or sub-lethal doses to bees.
The half life of these chemicals (the time it takes for the chemical to break down to half the concentration at which it was originally applied) vary, dependent on the particular neonicotinoid and the type of soil.  However, in the most commonly used seed treatments, they range from:


BayerCropScience admit that once a building is treated with their Premise 200SC product for  for termites (active ingredient, imidacloprid) the building remains protect for up to 5 years.  Termites are colony insects like bees.

All of this means that the potential for build up in soil through repeat applications, not to mention the toxic soup effect of applications of neonicotinoids and other poisons in the form of herbicides, fungicides and other pesticides, is a major cause for concern.

Who lobbies the EU most? Agri business. Source: Corporate Euroope.

3.    They contaminate areas not intended for treatment

They are ‘mobile’ in soil. This means the poison migrates into beyond the area in which it was applied, effectively spreading the poison beyond the zone intended for treatment.   Bayer refer to this as ‘Lateral Soil Movement’ in their termite brochure for Premise 200SC.

When applied as a seed dressing, a proportion of the toxic insecticide is lost as dust during dressing.  This dust can cause immediate poisoning to bees, as well as contaminating field margins. 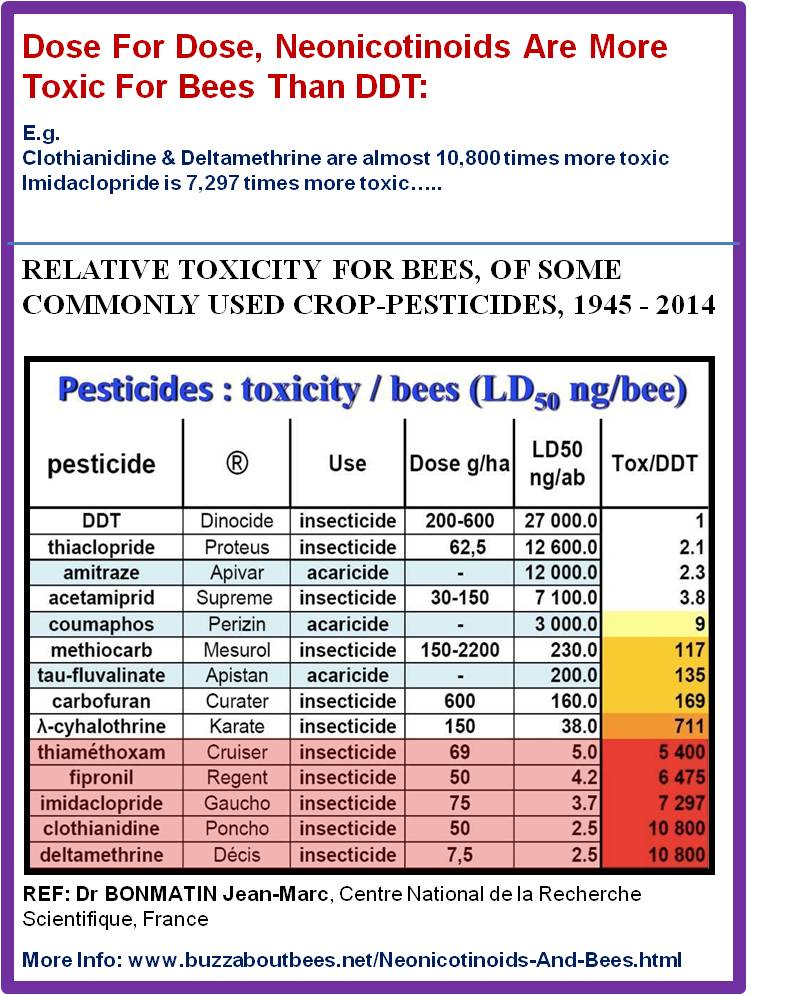 4.    When used, typically more than 90% of the active ingredient enters the soil

This raises concerns about residues, and the eventual environmental fate of these toxins.

5.    They can contaminate water – including ground water

Neonicotinoids are mobile in water.  Contamination has been found not only in ground water and surface water, but also streams, ditches, meaning they pose a risk to aquatic species and again, can contaminate plants in areas not intended for treatment.