French beekeepers announced a victory against authorization of the Syngenta pesticide, CRUISER® - the neonicotinoid thiamethoxam.

Meanwhile in the UK, Martin Caton proposed an Early Day Motion to suspend neonicotinoids "pending more exhaustive tests and the development of international methodologies for properly assessing the long-term effects of systemic pesticides on invertebrate populations".

DEFRA deny the regulatory system needs to be changed in order to adequately test the safety of neonicotinoid pesticides. 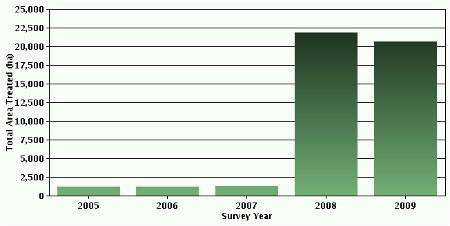 A press release from the French Beekeepers Association said:

The Council of State today, Monday, January 24, 2011 at 14:00 hours, heard three applications from UNAF, presented by their lawyer Bernard Fau, against the authorization decisions of CRUISER 350, that French and European beekeepers have been denouncing for years because of its devastating effects on bees and all pollinators..... Read more here (PDF file, opens new window)


What's the point of neonicotinoids?

Do they have any beneficial impact on crop production?


Are you concerned about bees dying?

Go back to Home page