Day of International Demonstrations to Save Bees from Neonicotinoid Pesticides


Here is a rough Google translation from a French news report:

"After denouncing the evils of the Neonicotinoid Pesticide 'Cruiser' at the world Bee-Congress 'Apimondia', French beekeepers organise protests in major cities for the day of October 15, 2011".

Confronting the threat posed to bees emerging from winter quarters, by the neonicotinoid insecticide 'Cruiser' used on canola/ rapeseed, French beekeepers will take to the streets, parading in their bee-suits with banners and bee-smokers, on October 15, 201. 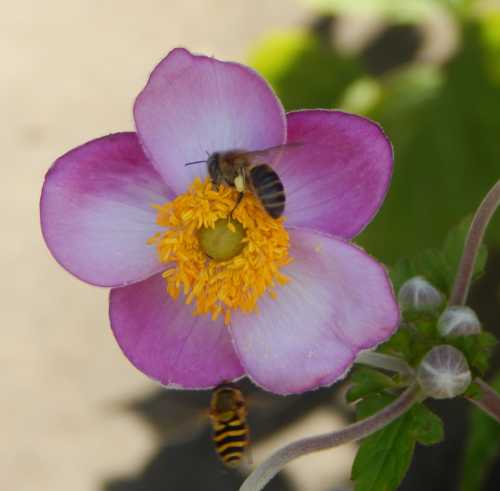 They feel compelled to act in the face of widespread bee-deaths, resulting from the use of Cruiser and the repeated ministry -authorisations for the use of Cruiser on maize, despite the over-turning of these ministerial decisions by the French Council of State in February 2011.

Beekeepers say they are confronting years of ignorance and inaction on the part of the French government, which has failed to deal with the destruction of half of all French bee-colonies, killed by neonicotinoid insecticides in recent years.

Attacked from all sides by pesticides, insecticides and fungicides, honeybees, bumblebees and butterflies could become extinct as quickly as the dinosaurs.

After the Apimondia conference of September 2011 in Argentina, European beekeepers denounced the massacre of their bees by the insecticide Cruiser.

French beekeeping leaders have taken the initiative to mobilize nation-wide street-demonstrations to demand Justice and try to save their bees.

For month after month, tens of thousands of beekeepers have watched their hives dwindle and die during blossom time

Several trade-unions are preparing regional events on October 15th, against the authorization of the pesticide Cruiser OSR for use on rapeseed (canola).

The French departments of Isere, Lot-et-Garonne and all of Burgundy are already mobilized for the protest day.

The pesticide Cruiser (thiamethoxam, fludioxonil and metalaxyl-M) is dangerous for human health, fatal to the bee.

The National Union of French Apiculture (UNAF), which brings together most regional bee co-operatives, launched the campaign, after Cruiser OSR received official authorisation last June; they have attacked this licensing decision in the courts.

Under pressure from beekeeping leaders, government deputies and senators have asked more than 130 parliamentary questions on the issue.

"Since the mid-90s, French beekeepers have witnessed the failure of hundreds of thousands of colonies, increasing bee-deaths, and the disappearance of entire apiaries and businesses.

Our observation of the bees and discussions with neighboring farmers, led us to suspect that the use of new systemic pesticides was responsible for these disorders.

Our doubts were confirmed when scientists from INRA and CNRS established a causal link between neonicotinoids and bee-deaths.

The neonicotinoids are a class of neuro-toxic insecticides which have been on the market since 1994. They include preparations such as the Gaucho (Imidacloprid), Cruiser (Thiamethoxam) , or Proteus (deltamethrin, ¬thiacloprid;).

All these systemic pesticides are toxic for bees at every stage of the growing cycle: at the seedling stage, and during flowering; but there is also added danger of poisonous guttation, or sap-exudation, (an important source of water for bees).

Leaders of the beekeeping fraternity are unanimous in their judgement that these insecticides cause serious damage to bee colonies and jeopardize the national production of honey ...."

The behavior of the Minister of Agriculture worries beekeepers.  Beekeeping leaders have unanimously deplored the irresponsible decisions of the Agriculture Minister, Bruno Le Maire.

At the forefront of this fight, the president of the Ardèche and Drôme Beekeepers denounces the genocide of the bees:

"By granting a license for Cruiser OSR, the Ministry of Agriculture has permitted the coating of canola seed with a neonicotinoid insecticide, despite the danger this poses for the bees.

In spring, Canola or oilseed rape is a vital early source of nectar and pollen that can feed and restore bee-colonies after the hard winter.

If bee-colonies are damaged by this new pesticide from early springtime, the entire beekeeping season could be threatened.

In several regions, currently, the honey from oilseed-rape provides over half the income of many French beekeepers."

The insecticide Cruiser is very hazardous to health

National leaders of the UNAF recently asked ANSES to hand over their studies and assessments of the effect of Cruiser on bees, so that they could judge the validity of these tests independently.

"The tests carried out by ANSES do not assess the possible toxic-synergy effects of the three different active-substances contained in Cruiser OSR (thiamethoxam, fludioxonil and metalaxyl-M).

They only tested each active substance individually; they did not investigate, or exclude, possible toxic-synergies between the combined effect of these substances.

This methodology, does not meet our national obligations regarding the authorization of a pesticide such as Cruiser OSR, and there is strong evidence that such toxic synergy does exist, since Bayer has a patent on that very characteristic.

INRA scientists have confirmed that the "active substance" thiametoxam found in Cruiser and Cruiser OSR 350, led to proven bee-colony deaths (thiamethoxam is 5,400 times more toxic for bees than DDT). "

Last April, Slovenia banned the use of Cruiser 350, because of excess mortality of bee colonies.

In late June, Italy renewed its ban, on the use of neonicotinoid insecticides on corn, for the third consecutive year.

What can manufacturer patents tell us about the risks their chemicals pose to non-target insects?


How Can Councils Help The Bees?
Ideas To Share 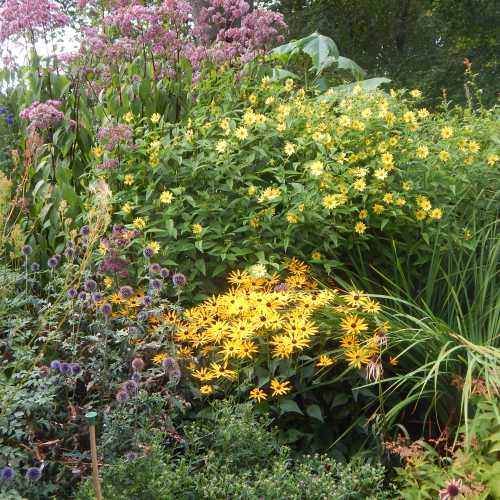