If Bees Disappear, Will We Starve?

Is it true that if bees die, we die?

Do we really need bees to grow food?

With the publicity surrounding bee decline, these are common questions.  People are asking themselves how much we need to be concerned.  I sometimes get asked these questions, among others, such as:

Another question tends to focus on honey bees: "If honey bees (specifically) disappear, will humans starve, and do honey bees do all the pollinating?"


Can other insects step in to do the pollinating in place of bees?

Not necessarily. It depends.

1. Some crops may rely primarily on bees

Some crops are pollinated primarily be bees, and even particular species - for example, almonds are reliant up on the honey bee.  This would mean that without honey bees, almond crops would suffer. 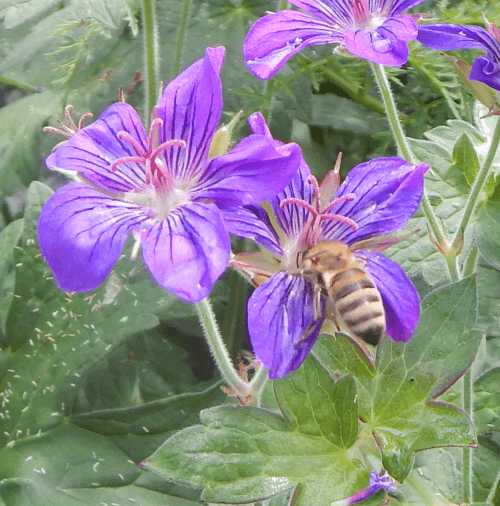 However, not all crops rely on bees only - other insects can also help, and some are pollinated via other methods such as wind pollination.

2. Environmental factors affecting bees are likely to affect other pollinators

In a part of China, pears are hand pollinated in a particular district where bees have been poisoned by insecticides.

However, in poisoning bees, it may well be that other insect pollinators were affected too.  Thus, the people have had to resort to climbing into the trees and doing the job that would have been done freely by insects. 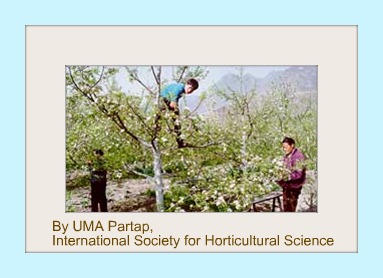 Hand pollination of pear groves in a region of China.

And indeed, worldwide insect decline points to environmental reasons as being the key issue, and it is affecting a myriad of insects, including pollinators such as butterflies.

However, if a particular species declines due to a disease or parasite unique to that species, other pollinators will not be affected, and so on many occasions, that particular bee species may be compensated for.

However, it has to be said that most bee decline is down to habitat loss and pesticide use.

In summary, if bees are declining, it's probable that other insect pollinators will be in trouble, and won't be available to step in for bees.

If there are no bees - or even other pollinators, can't we just eat something else? 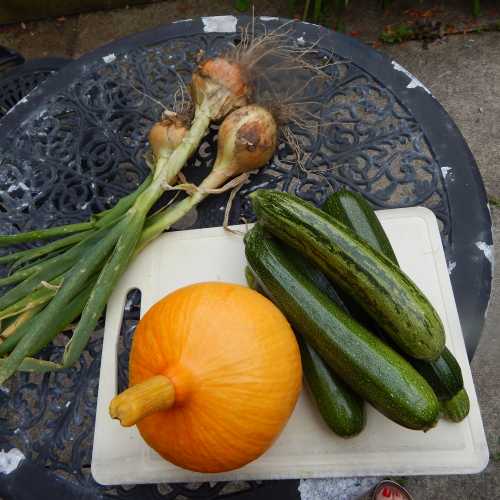 It is generally proposed that bees are responsible for a third of the food we eat, but it's not always easy to work out how this figure was calculated.

Thus, there are many questions:

Nevertheless, it would seem obvious that if bees were to die out along with other pollinators, then this may strain supply of at least some food crops, especially various fruits, beans and pulses, some nuts - and actually some leaf crops that benefit from pollination when allowed to flower in order to produce seeds.

But what about other crops?

Wind pollinated crops
Some crops are wind pollinated, such as grain.  However, it is arguable that the most exciting parts of the human diet rely on bees and other pollinators - such as blueberries, blackberries, apples, pears, various other fruits and nuts plus vegetables.

Self-pollinating crops
Some crops can self pollinate, and do not rely on bees.  However, even with some of those crops, insect pollination has often been found to increases crop yield substantially, leading producers to encourage pollination by bees.  Therefore, without bees there could be a strain on the supply of some foods due to reduced volume grown.

Fish
If bees die, along with other insect pollinators, we may be able to continue to eat fish. There are other species affecting fish of course, such as pollution of the oceans and over-fishing. 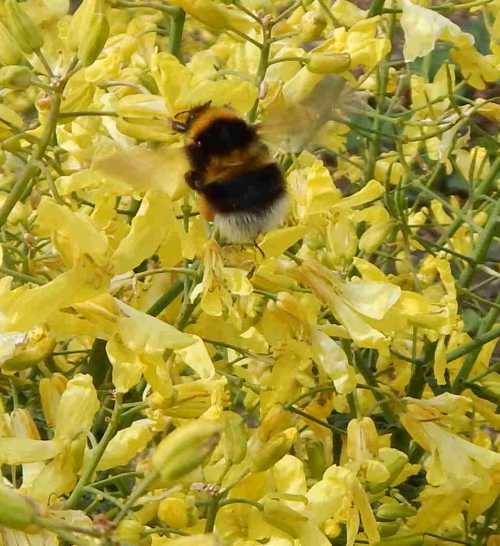 Poultry and eggs
Poultry and eggs would be little affected by demise in bees or other pollinators.  They can eat grain, grasses and various soil organisms not reliant on pollination.

Meat
If you eat meat such as beef, then obviously meat is not pollinated by bees.  However, to provide meat, an animal had to be fed, and many animals that are eaten, actually eat vegetation such as alfalfa (clover) which is pollinated by bees. Thus, bees help provide at least some of the food for cows, which in turn enables humans to eat beef.

It's possible that animals such as cows would simply have to stick with a diet that had no pollinator involvement, and would not be affected too much.  Should a shortage occur, people would have to eat less meat, although this trend may have started already.

Conclusion:  we don't really know what the effects would be!

Wouldn't it be better to do all we can to reverse bee declines?  Here are 10 things you can do.

5 Reasons To Protect Bumble Bees And Their Nests