Do Bees Have A Heart?

The blood is pumped by the heart and carries oxygen and necessary nutrients throughout the body, and waste products and carbon dioxide that will be eliminated from the body.

So, within the mammalian cardiovascular system, the heart is an important anatomical feature – a body organ that has a critical role in mammalian wellbeing.

Other types of animal also have a closed cardiovascular system that includes a heart: birds; fish; reptiles for example, although there are a few evolutionary differences between them

Insects (and other types of animal from the phylum Arthropoda, such as arachnids, and crustaceans) do not have the same circulatory system as mammals.

But insects like bees still have to ensure an oxygen and nutrient supply to their organs – so what system do they have to achieve this?  They have an open circulatory system!

Do bees have blood and do they need a heart?

In place of blood, insects have a fluid called hemolymph.  This hemolymph contains immune system cells (hemocytes) in a fluid plasma.

The plasma contains hemocyanin (the chemical that carries oxygen instead of haemoglobin); as well as a number of electrolytes and nutrients.  This hemolymph is in direct contact with the organs in the body cavity (the hemocoel).

So, insects have a heart!  Bees are insects – so yes, bees do have hearts.

The bee heart, however, is quite different from the human heart.

When the dorsal heart relaxes, hemolymph is drawn back into it, to be pumped up towards the head again.

Could a bee have a heart attack?

Most commonly, a heart attack (medically known as a myocardial infarction, or MI) occurs when the blood supply to the heart through one or more of the major arteries that supply the heart itself is blocked – usually by some kind of blood clot (which is itself usually a build-up of fat and cholesterol).

This blockage can cause the blood supply to the heart muscle to be stopped, which can lead to tissue death within the muscles, which, if extensive enough, could lead to the heart stopping completely, with fatal consequences.

Technically, therefore, since the hemolyph that supplies oxygen and nutrients to the bee’s heart itself is not delivered by specific tubes that could become blocked, but rather surrounds the tissues directly, it could be said that bees can not suffer a heart attack as we know them to occur in humans.

How do bees use their antennae? 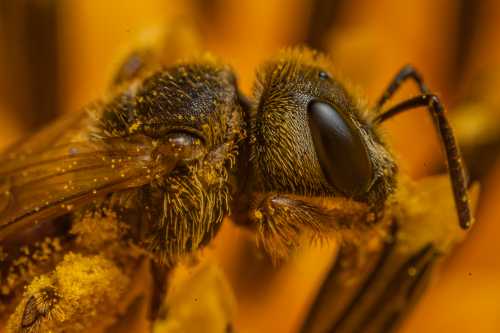 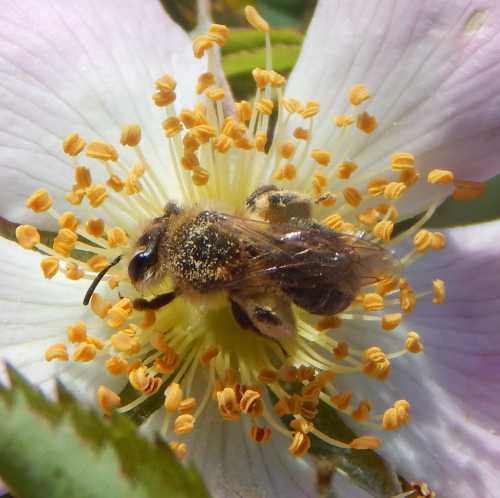