If I were asked to list some of my top wildflowers for bees and pollinators, hemp agrimony (Eupatorium cannabinum - from the Asteraceae plant family) would surely feature on that list.

The dense, frothy flower heads are a pretty pale pink, which sit atop tall, upright, dark pink stems.   The stem is aromatic when cut.  The green leaves are narrow. Despite the name, this plant is not related to hemp.

It's a pleasure to watch the bees feeding on hemp agrimony, as they poke their tongues into the small tubular flowers.

Bumble bees poke their tongues into the small tubular flowers of hemp agrimony.

Although hemp agrimony is generally classed as a wildflower,  it's attractive, and could easily be accommodated into a garden flower border.

In the area in which I live, it grows abundantly along verges and country lanes among the knapweed, thistles, brambles and various umbellifers.  It also grows on the brownfield sites and nearby scrubby coastal areas.

In short, whilst hemp agrimony is attractive to bees and other pollinators (especially butterflies), it grows in such abundance where I live that I don't feel the need to include it in my small garden.

I often wander around the corner from late summer to early autumn when the hemp agrimony is in flower, and look out for bees to photograph.

Hemp agrimony grows abundantly where I live, along verges and country lanes among the knapweed, thistles, brambles and various umbellifers.

Mostly I snap bumble bees and honey bees, as well as various flies, especially hover flies, which are frequently seen. 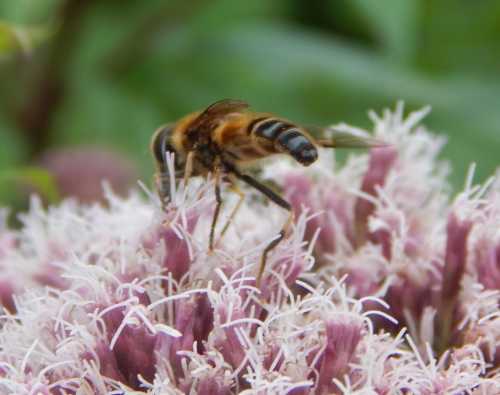 Although I once managed to snap a picture of a conopid fly (an endoparasitoid of bees) perched on hemp agrimony, quite possibly waiting to fly and pounce on a target.

How to grow hemp agrimony in  your garden 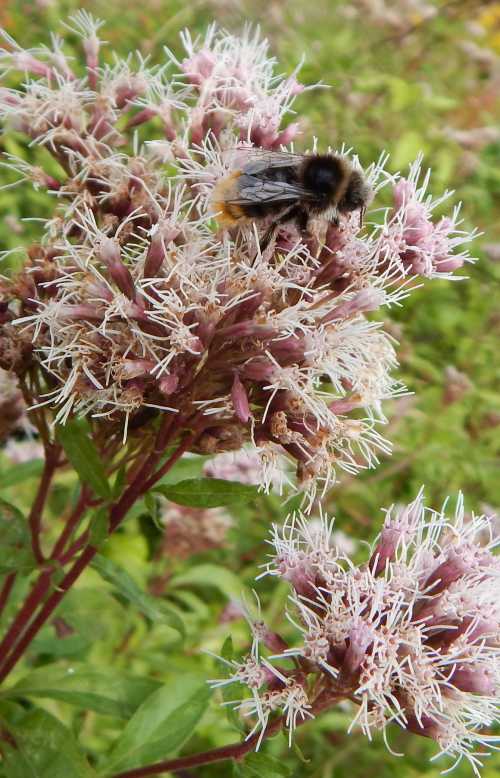 If you have a large garden, or if you feel the local pollinator population would benefit from a patch of hemp agrimony, there is no reason why you shouldn't include it in your border (although it should be avoided if it is listed as an invasive species in your country).

These flowers would not look out of place in a cottage garden border, wildlife garden, or indeed, wildflower area.  It's quite tall and bushy, and is ideal for plugging spaces and patches in the border, although planting in swathes is always preferable if you have space. 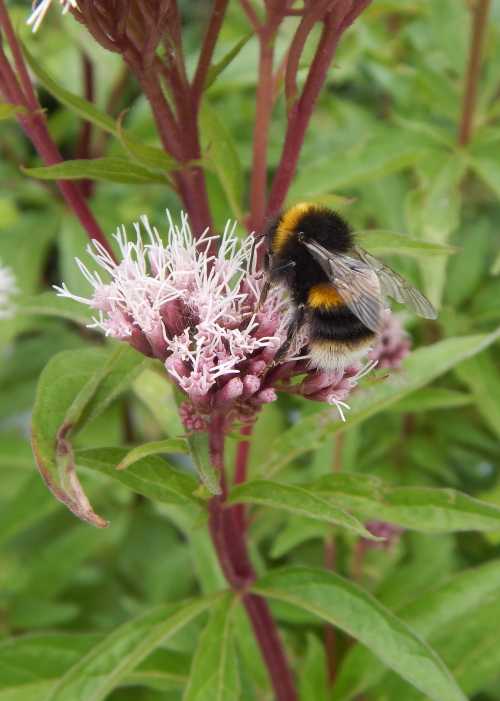 Grow it in a sunny spot, and watch butterflies, bees and hoverflies feeding late in the summer, when colonies are at their peak, and then through into the early autumn.

Hemp agrimony grows easily from seed.  You can start them off under cover (propagator or greenhouse) then transplant them in spring.  Once the plants are established, you can divide the clumps to establish new patches elsewhere.

Eventually, flower heads turn brown.  Stems can be cut back at the end of the season.

In my garden, I prefer to leave most plants over winter, cutting back stems in spring after frosts.  I find uniform height in a garden less attractive - especially in winter, when I love to see tall, frosted stems and seed heads in the border, or dewy spider webs clinging between the taller plant branches. 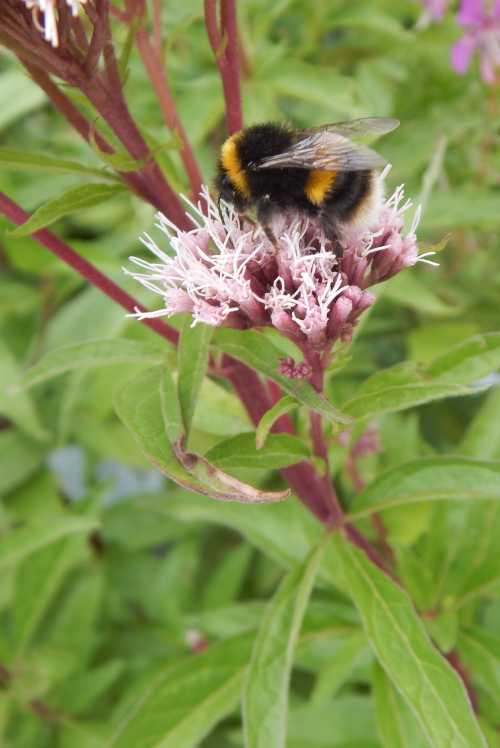 I also like to ensure birds have as many feeding opportunities as possible in the cold winter months, and especially during frost and snowy periods.  Hungry birds may feed on seed heads and tiny invertebrates hiding within the old dead foliage and stems of plants, but only if we leave them in the garden. 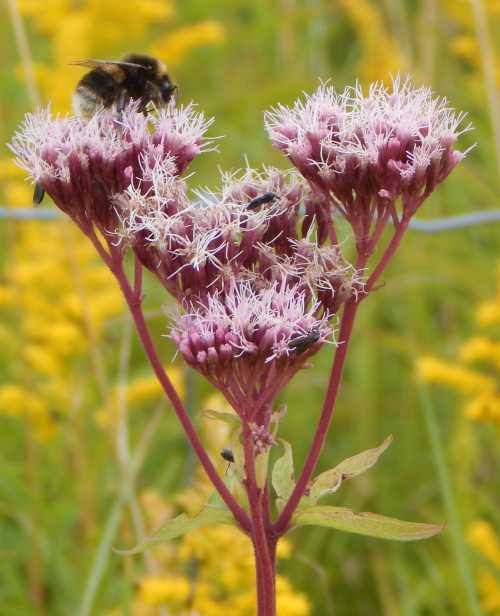 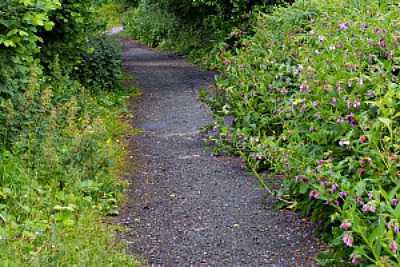 Why are hedgerows, trees and shrubs so valuable for bees? 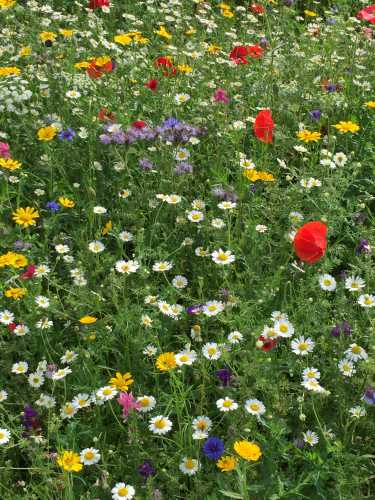 5 reasons to include a wildflower area in your lawn