Heriades truncorum – the Large-headed resin bee, is a member of the family of Megachilidae bees.

These bees may be found in a range of habitats, including gardens, woodland, brownfield sites and especially where Common Ragwort flourishes.

Heriades truncorum is the only Heriades species in Britain (although Heriades rubicola has been spotted as an 'accidental introduction').  In North and Central America there are around 25 species.

I’d like to thank Liz Fenn for the use of this photograph below of Heriades truncorum. I believe this is a male.

According to Wilson & Messinger Carril, authors of The Bees In Your Backyard 'Heriades' means 'wool'.  They state this is probably a reference woolly patches of hair common on many species.

However, as you can see, it's a very small, sweet little bee - about 5 - 5.5mm, and is one of those bees which could easily be mistaken for a little black fly!  Only very close inspection would, I think, identify those wool patches - not necessarily an easy task.

You may find this species resting in cavities in dead wood or occupying bee hotels where they may nest. They also build their nests in pre-existing cavities, or hollow stems such as brambles.

This bee creates the petitions of its egg cell walls using resin, and according to Steven Falk's Field Guide to Bees of Great Britain and Ireland, the resin is usually gathered from pine trees.

Flight season: from June to September.

This photograph below was sent in by Marco Belz. 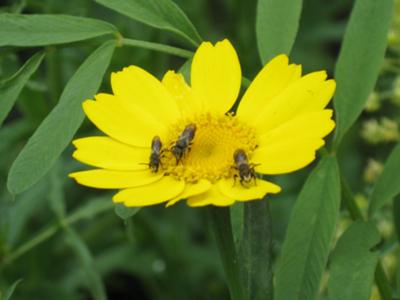 They are known to visit a large variety of flowers. Other flowers visited including Ragwort, Cat’s ear, Common Fleabane, corn marigold, sow thistle, Tansy and garden plants such as Heleniums. 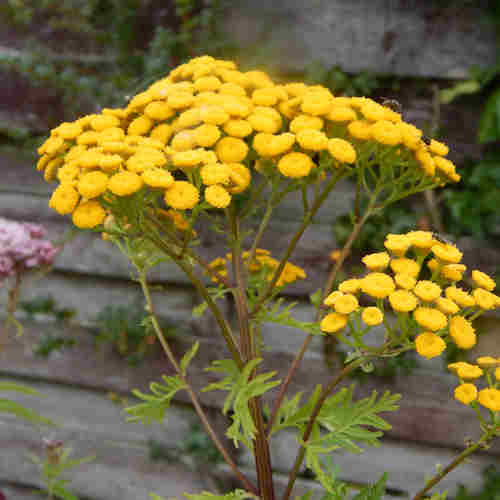